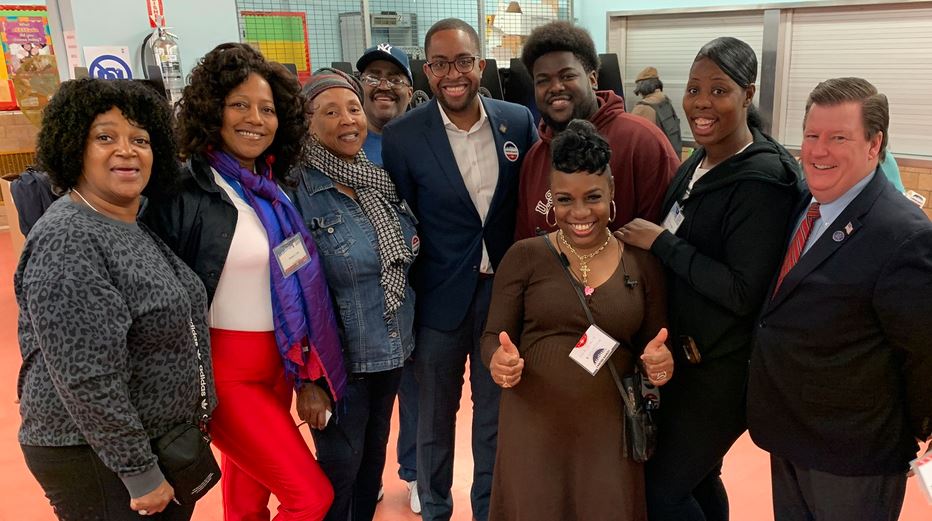 Last year, the New York City Board of Elections hobbled a City Council effort to create an online voter registration portal for city residents, claiming it conflicted with state law. But the state Legislature may take steps to correct that situation this year by clarifying the law and allowing an online portal that would act as a test case for a statewide system slated to launch next year.

The New York City Council passed a bill, sponsored by Council Member Ben Kallos, in late 2017 that mandated that the Campaign Finance Board build an online portal to expand access to voter registration. Currently, the state only allows online registration through the Department of Motor Vehicles website and requires an official DMV driver’s license, permit, or non-driver ID. This effectively shuts out many New York City residents who rely on mass transit and do not have a DMV-issued document.

The CFB created the portal and was ready to launch it in June of last year. It would have allowed residents to fill out the form online, with an electronic signature, and the CFB would then transmit the information to the City Board of Elections for processing. But a week before the site was to go live, the BOE added an additional hurdle that essentially negated the purpose of the portal – commissioners voted that, after receiving a form from the CFB, the BOE would mail the form to the potential voter, who would then have to return it with their physical signature. The process would have been slower than mailing in a registration form.

At the time, the State Board of Elections’ Democratic and Republican commissioners had contradictory positions on whether signatures collected electronically would be acceptable under state law, even though a legal opinion from the state attorney general’s office had already put that question to bed in 2016. This year, legislation sponsored by Brooklyn State Senator Zellnor Myrie, chair of the Senate’s elections committee, and Bronx Assemblymember Michael Blake seeks to clarify state law and give the city the necessary authorization to begin collecting registration forms electronically.

“An online voter registration system that all New Yorkers can access is long overdue,” said Amy Loprest, executive director of the CFB, in a statement. “This legislation will make it easier for millions of city voters to register and vote in this critical election year.”

Though the bill has not moved in the Assembly, it was passed by Myrie’s Senate committee last month and he is hoping to see it approved by the full Senate and Assembly as soon as possible. “Time is of the essence,” he said in a phone interview, stressing the importance of launching the portal in a presidential election year when turnout is massive, with this year’s expected to be even moreso. “It allows for the state to see how this system rolls out.”

Neither Assembly Speaker Carl Heastie’s nor Assemblymember Blake’s office provided comment on the status of the bill in their chamber.

“As we have seen the national discussion hit a fever pitch, there will be many folks interested in registering and getting engaged in their democracy and we want to make that as easy for them as possible,” Myrie said.

He pointed out that it will require few resources and would barely be a burden for the Board of Elections. “This is not a labor-intensive endeavor,” Myrie said. “This is a system that has already been built, that has already been designed. Let's give the city the authorization to have it up and running. And then we can see whether or not the state should adopt it as a model statewide.”

Myrie seems to have the support of Senate Majority Leader Andrea Stewart-Cousins. "We are committed to making it easier for eligible New Yorkers to vote, that is why this session we built upon the historic voting reforms of last year by making improvements to early voting and passing automatic voting registration. We look forward to reviewing this bill as a Conference to ensure it works as intended,” said Senate Majority spokesperson Mike Murphy, in a statement.

Mayor Bill de Blasio is also a supporter of the online voter registration effort and was critical last year of how the BOE meddled in it. “The City Board of Elections should allow the CFB’s online voter registration system to roll out immediately, so thousands of New York voters can register this year for the critically important 2020 elections,” said Luis Feliz Leon, a spokesperson for DemocracyNYC, the office the mayor launched to improve voter participation in the city, among other things. “The Administration appreciates that the Legislature is taking a close look at this issue.”

“New York City’s online voter registration system is ready to go for all the people who are inspired to vote in the presidential election and the coming primaries,” said Council Member Kallos, in a brief phone interview. “Thank you to State Senator Zellnor Myrie for getting this done in the Senate and we’re looking to the Assembly to get it done and the governor to sign it in time to enfranchise a whole generation of voters in time for the presidential election.”