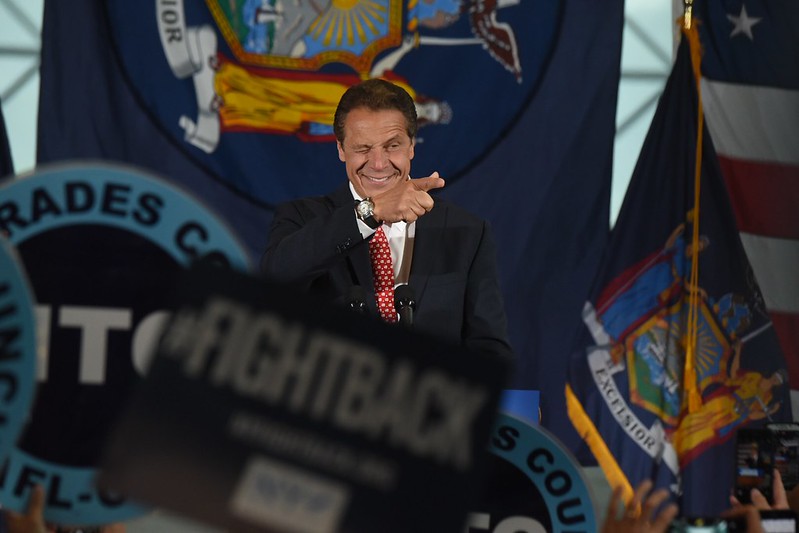 Included in the bills to approve a state budget for the new fiscal year beginning April 1 was the creation of a new campaign finance system with a public-matching program, lower individual contribution limits, and various other changes to campaign finance law. But the controversial inclusion of changes to ballot thresholds could prove to be a poison pill, not for the law but for the several minor political parties that operate in New York’s electoral system.

The new thresholds to secure an automatic ballot line will be daunting for most, if not all, minor parties in the state, considering their showing in recent elections for governor and president. Other than the Democrats and Republicans, only the Conservative Party has been able to consistently garner the number of votes the new thresholds would require to ensure a party can easily nominate candidates for offices across the board for years at a time.

The new campaign finance system and ballot access laws were first put into place in December based on the binding recommendations of a commission created in last year’s budget deal. But that law was struck down by a New York Supreme Court judge who ruled that only the Legislature was constitutionally authorized to create or amend state law, leading to the Legislature voting the commission’s recommendations through in the state budget, with support from Governor Andrew Cuomo.

One of the more controversial aspects of the law is the amendment of political party ballot access provisions. Previously, in order to gain an automatic ballot line, a political party had to have its nominee for governor receive 50,000 votes each four-year cycle. The new law significantly increased that requirement to 2% of votes or 130,000, whichever is greater, every two years, in gubernatorial and presidential elections.

Additionally, statewide candidates seeking to get on the ballot must gather 45,000 petition signatures from registered voters, up from 15,000 previously.

The new thresholds go into effect this year, meaning it will be in play for the upcoming November presidential election, while the broader public financing program won’t begin until after the November 2022 statewide election, when Cuomo is expected to seek a fourth term.

Those changes were exactly what minor parties like the Working Families Party, Conservative Party, Green Party, Independence Party, and Libertarian Party had feared when the state commission was set up last year to look at campaign finance law. They worried that Cuomo, in an attempt to thwart the third parties, especially the Working Families Party (WFP), that had so often been a thorn in his side, was seeking to undermine the state’s constitutionally-protected system of fusion voting, which allows candidates to appear on the ballot under several party lines. The system gives minor parties some additional measure of political influence, as candidates seek their endorsement, and therefore the ability to steer issues in the state Legislature and elsewhere.

The WFP and Conservative Party sued, citing the commission’s lack of authority, and won. But the Legislature passage of the bill made their victory moot, though the WFP has promised to sue yet again.

Minor Party Enrollment and Recent Performance
Garnering 130,000 votes isn’t a heavy lift for the two major parties, Democrats and Republicans, but the new requirements could mean that minor parties will lose their ballot lines, and with it, much or all of the prominence they hold in the state’s political arena. The ballot requirement is the strictest across the country. No other state requires that a party qualify for ballot status every two years, and other populous states have over time eased party ballot access rather than make it harder.

Along with the two major parties, six smaller parties secured enough votes via their 2018 gubernatorial candidates to have automatic ballot lines for 2019 and 2020. Though party enrollment is not necessarily a determining factor, since voters can cast a ballot on any party line in a general election, some parties do have more dedicated voters. According to state Board of Elections data, as of February 21 this year, the Conservative Party had 159,612 enrolled voters; the Working Families Party had 46,043; the Green Party had 28,301; the Libertarian Party had 14,880; the Independence Party had 483,870 voters; and the newly-created Serve America Movement Party had 349.

In the 2018 statewide election, Cuomo (and his running-mate, Lieutenant Governor Kathy Hochul) received 114,478 votes on the Working Families Party ballot line, the result of yet another reluctant compromise between Cuomo and the WFP after a bitter primary fight. With more than 6 million votes cast that year, a 2% threshold would have been about 122,000 votes, meaning under the new law the higher 130,000 threshold would apply and the WFP would have lost its ballot line.

Other parties would similarly have suffered. Howie Hawkins of the Green Party received about 104,000 votes, Larry Sharpe of the Libertarian Party got about 95,000 votes, and Cuomo received about 68,000 votes on the Independence Party line. The Serve America Movement Party just won the automatic ballot line by getting 55,441 votes with former Syracuse Mayor Stephanie Miner as its endorsed gubernatorial candidate. Only the Conservative Party, which saw its nominee, Republican Marc Molinaro, garner 253,000 votes, would have hit the magic number of the new threshold.

“Governor Cuomo claims that now is not the time for politics — yet behind closed doors he is blocking voters from supporting minor parties and the values they stand for,” said Sochie Nnaemeka, director of the New York Working Families Party, in a statement. Nnaemeka was not made available for an interview. “At a time when many Democrats are calling for fair and open elections, the Governor has made New York the most hostile state toward third parties in the entire nation. When he created a commission to wipe out third parties we sued and won. We feel as strongly now as we did then that the law is on our side — and we will win again in court."

Recent Presidential Elections
Given that the new thresholds go into effect this year for a presidential election -- and one that is expected to see enormous turnout (though the coronavirus outbreak could impact that prior assumption) -- recent such contests in New York may be instructive for how minor parties will fare this fall in securing an automatic ballot line for the next two years, which will include the 2022 gubernatorial election.

In the 2016 general election, for example, there were 7.8 million votes cast in New York, which would have set the new ballot threshold at over 156,000 votes. That year, Donald Trump received 292,392 votes on the Conservative Party line; Hillary Clinton got 140,043 votes on the Working Families Party line; Green Party nominee Jill Stein received 107,935 votes; Libertarian Party nominee Gary Johnson received 57,438 votes on that line, and another 119,160 votes on the Independence Party line; ; and Clinton received just 36,292 on the Women’s Equality Party line (the WEP lost its ballot line after receiving few votes nominating Cuomo in 2018).

Therefore, using the new thresholds, only the Conservative Party would have retained its automatic ballot line.

In the 2012 presidential election, with more than 7.1 million votes cast in New York, the bar under the new threshold would have been closer to 142,000 votes. Mitt Romney received 262,371 votes that year on the Conservative Party line; Barack Obama received 148,119 votes on the Working Families Party line; Green Party nominee Jill Stein got 39,982 votes; and Libertarian Party nominee Gary Johnson got 47,256 votes. There were also two minor parties whose presidential nominees barely received any votes – Peta Lindsay received 2,050 votes on the Party for Socialism and Liberation line and Virgil Goode received 6,274 votes on the Constitution Party line. Using the new thresholds that go into effect this year, the Conservative and Working Families Parties would have kept their ballot lines.

2014 Election for Governor
In the 2014 New York gubernatorial election, there were only 3.9 million votes cast so the threshold would again have been 130,000 votes. Conservative Party nominee Rob Astorino received 250,634 votes on that ballot line; Cuomo got 126,244 votes on the Working Families Party line; Green Party nominee Howie Hawkins got 184,419 votes; Cuomo received 77,762 on the Independence Party line; Libertarian Party nominee Michael McDermott got 16,769 votes; and the Women’s Equality Party, then newly created, got 53,802 votes on its line nominating Cuomo, who created the party in that year’s attempt to hurt the WFP. The Sapient Party nominated Steven Cohn and got 4,963 votes and Astorino received 51,492 votes on the Stop Common Core Party line that he and his allies created that year (though it met the 50,000-vote threshold at the time, it was taken over by political operatives that then turned it into the Reform Party, but that party then failed to keep the ballot line via the 2018 election).

Based on those numbers, the Conservative and Green Parties would have kept their ballot lines under the new system set to go into effect this year.

Who Will Survive
Based on past results, only the Conservative Party looks strongly poised to survive the new rules, though much will depend on how the parties are able to rally voters around the new ballot thresholds.

In 2018, the Conservative Party received those 253,000 votes with Molinaro and Julie Killian running for governor and lieutenant governor on its line. “We really never in our party's history dropped below what these numbers would be,” said Jerry Kassar, chair of the New York State Conservative Party, in a phone interview.

But nevertheless Kassar opposes the new thresholds on principle. “People may say, ‘Well the Conservative Party benefits from this party or that party not being there.’ We're a part of a third party movement. We're not looking to see any political parties that were established disappear.”

He also worried that in creating the new thresholds, the Legislature allowed the governor to chip away at the fusion voting system without directly attacking it and set a precedent that will allow a slow creep over the rights of minor parties. But, he predicted that it could blow up in the governor’s face, particularly if the WFP survives the “life or death struggle” it faces.

“The governor is starting to play a game of chicken or a game of Russian roulette, I should say, with the third parties,” Kassar said. Cornered animals, he said, “have no choice but to fight back in as vicious a manner as they can and I think that's what he's created with many of these third parties.”