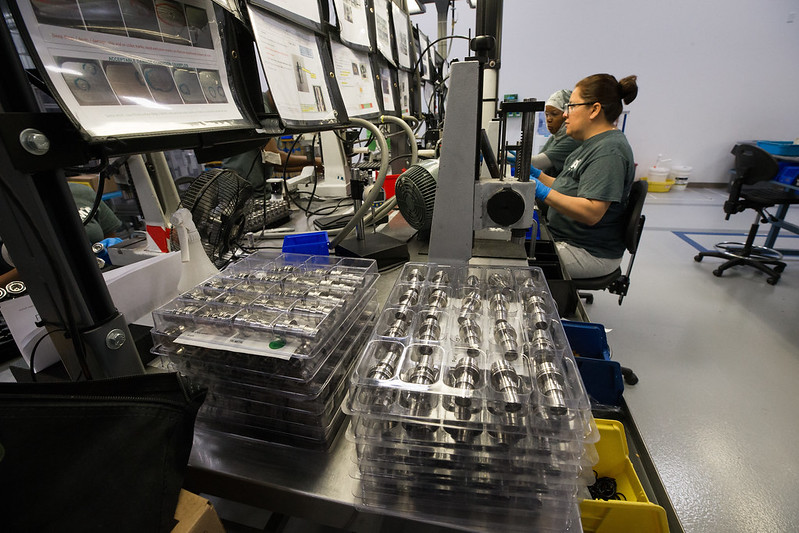 Three Democratic candidates for mayor of New York City spoke at a forum Wednesday evening about their visions for restoring and enhancing the city's workforce going into the pandemic recovery.

Eric Adams, Shaun Donovan, and Kathryn Garcia -- all considered among the top eight leading candidates in the competitive primary race and all veterans of New York City government -- discussed how they would harness the city's resources to create quality jobs in the hour-long forum, organized by the New York City Employment and Training Coalition (NYCETC), an association of workforce development organizations.

The stakes are high as New York City faces its worst economic conditions since the Great Depression. Half-a-million New Yorkers are unemployed with brick-and-mortar industries flattened, tech and health care on the rise, and billions in federal aid bolstering potential short-term economic development and job growth.

Moderator Errol Louis of NY1 asked the candidates, who represent a sample of the large field of mayoral hopefuls vying to replace term-limited Democratic Mayor Bill de Blasio, to explain how they would structure their cabinet, reach underserved communities, and leverage development projects. The primaries are in June and the winner of the Democratic nomination will likely sweep the fall general election because of the high ratio of registered Democrats to Republicans.

The three candidates all agreed that New York City would have to build up its workforce development ecosystem with a more concerted effort to connect workers and job-seekers with training programs and those programs to actual jobs.

The first question Louis posed was what positio ns or agencies in city government would carry out their visions for uplifting the city's labor force.

Donovan, a former city housing commissioner under Mayor Michael Bloomberg and HUD secretary and budget director under President Barack Obama, said central to the effort would be the city’s Department of Small Business Services and the Economic Development Corporation, the two agencies at the center of de Blasio's current, if diffuse and limited, workforce development initiatives. He also said he would involve agencies that could serve as potential employers or conduits to careers in growing industries like life sciences and health care. While specifically naming the city Health Department, public Health + Hospitals system, Department of Education, and housing agencies, Donovan did not go as far as others in saying exactly how this conglomeration would be managed.

Adams, the Brooklyn Borough President and a former state senator and NYPD captain, and Garcia, de Blasio's former sanitation commissioner and pandemic "food czar," among other key roles she’s played in city government, both said they would bring workforce development under a single official that answers directly to the mayor. In Adams' case, that would be a deputy mayor or a workforce czar. Garcia, who has the deepest experience in the field of working in city agencies, said she would bring economic development and workforce development -- which she said are currently siloed -- under the same deputy mayor. Doing that would ensure that workforce programs will actually lead to existing jobs, something Adams and Donovan also described as a critical need.

Another focus of the candidates was skill mapping -- the process of broadly identifying the job skills and skill gaps in a community relative to available jobs. Workforce development providers like the ones NYCETC represents say skill mapping is critical to connecting New Yorkers, especially in underserved Black, Latino, and immigrant communities, with high-quality jobs (jobs with good pay and the prospect of career advancement) and should be paired with bridge programs that give potential workers the foundation of knowledge needed to enter more industry-specific training programs. Some of the most common skill needs are digital and English literacy, according to providers.

Adams said he plans to create a database of available jobs and a centralized application system that would help track skills, credentials, and language proficiency by neighborhood as a way of monitoring and syncing workforce-employer needs. He said the system would be "perpetual[ly]" updated but did not say how his administration would gather database information or exactly how it would be expressed.

"Technology will help us make sure we're trending in the right direction and we're continually updating the needs of our employee pool and employers," said Adams, who is among those pitching himself as the most business-friendly candidates in the field, along with entrepreneur Andrew Yang and former Citigroup executive Ray McGuire. Garcia has also positioned herself as business-friendly, though she has had a more constant focus on making city government work better.

To address racial, gender, and socio-economic disparities in employment, Donovan plans to appoint a Chief Equity Officer with oversight over all city agencies with the goal of mitigating structural inequities in numerous areas, including the workforce. He also promised to connect each New York City high school student with a paid internship or apprenticeship by the time they leave school. To do it, he said he would use part of the billions of dollars in federal aid coming to the city.

Each candidate emphasized the central role CUNY should play in workforce development, broadly, and connecting members of historically marginalized communities with good careers. Dovetailing with this issue is the growing number of disconnected youth -- young people 16 to 24 years old who are both unemployed and not enrolled in school -- which has likely more than doubled to between 259,000 and 324,000 during the pandemic, according to an estimate from JobsFirstNYC and the Aspen Institute.

Garcia wants to see more collaboration among CUNY, City Hall, and the private sector to identify the jobs most likely to drive economic mobility. Adams and Donovan both want to see a deeper connection between city high schools and CUNY, and both said they planned to make community colleges free as a way to ensure less-affluent New Yorkers have a pathway to higher education. Part of Donovan's plan includes creating a "center for community work" at CUNY, a kind of workforce development and jobs incubator built into the nation's largest public college network.

For Garcia and Adams, a key issue is finding disconnected youth and bringing job services to them, noting that being out of school and work means structural barriers likely stand in the way of meaningful employment and educational opportunities. Adams suggested a type of crisis management task force to operate around the clock to provide services outside of traditional settings and in some cases, physically locate youth. Doing so, he said, would also allow the city to bring proven programs to scale. Donovan believes creating scalable projects would require partnership with the U.S. Department of Labor, which he says his background in the federal government make him uniquely qualified to facilitate.

"We have an opportunity in this New Deal moment, with the scale of investment that's coming in human capital, to really transform these programs and get them to scale," Donovan said.

The candidates also talked about their plans to ensure that job training meets the needs of existing or soon-to-be-created jobs rather than a road to nowhere. For Adams, this means bringing corporations into the development of school curriculum. For Garcia, building training now for industries expected to grow -- and which could be the subject of economic development projects throughout the next mayor's tenure -- in the next few years like wind power, life sciences, and film and television.

The city needs to "mak[e] sure that we are using our trade schools" for future development projects, Garcia said. "How do you wire a new building so that you are decarbonizing the economy? How do you lay cable so that we can get broadband to everyone," she said. Garcia also supports models like that of HERE to HERE -- a Bronx-based organization that facilitates collaborations among students, educators, and employers with the goal of creating long-term career mobility.

"Part of the problem, let's be frank, is that we've had an administration that too often sees the private sector and other partners as the problem rather than a partner," Donovan said. He said that on Day 1 he would audit the jobs that could be created through Local Law 97, which places carbon emissions caps on city buildings and demands clean energy retrofits or steep fines.

When asked how they would ease the burden on nonprofit workforce development providers contracted by the city, the candidates genuflected. All said they supported creating a flexible fund for workforce training and other initiatives and all supported investing in the indirect costs of nonprofit providers, something de Blasio just committed additional money to for fiscal year 2022. Garcia wants to simplify city contracts to remove unnecessary requirements and burdensome documentation. Adams wants a more heavily automated contracting system to ensure providers are paid on time. Donovan said the city needed to value nonprofits more.

"It's all about working with you," said Donovan, speaking directly to nonprofit providers, "that you are the partners that need to be at City Hall to tell us what's working and what is not, and directing money into the things that you are out there trying to scale."

In a short-answer round, Louis asked the candidates to indicate their support or opposition to categorizing gig workers as full employees with all the rights and benefits attached. Garcia and Donovan supported the idea, but Adams demurred.

"I believe it should be their option," Adams said.

All said they believed the minimum wage should be increased annually.