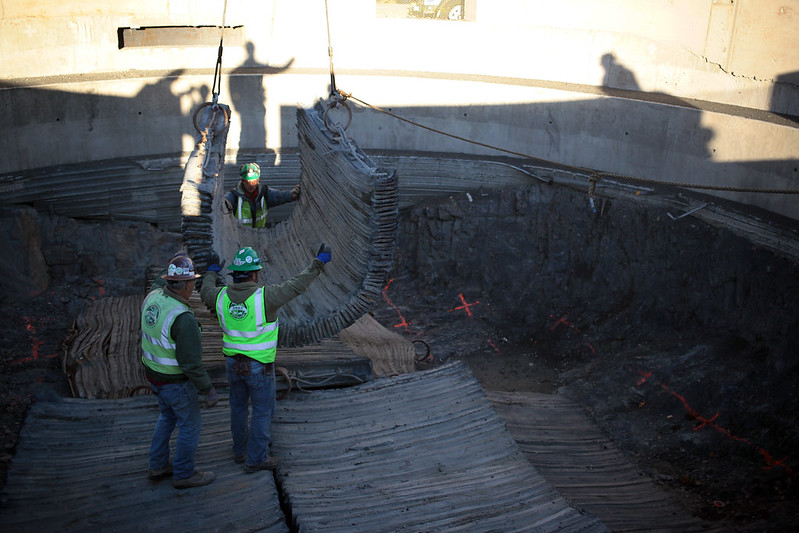 New York City’s capital budget for building and maintaining essential infrastructure is dense, complicated, and opaque, making it difficult to examine how the city spends its funds and on what projects. It is well known, though, that the city’s capital budget process has been notoriously inefficient and rife with cost overruns and delays, leading to many questions about how the city is spending tens of billions of dollars on essential infrastructure maintenance, upgrades, and development.

Now, a new independent portal created by civic technologists is attempting to provide more clarity into that immense spending program, with a snapshot that shows just how inefficient capital spending can be and how thousands of projects are delayed or over budget.

The capital budget has grown significantly under Mayor Bill de Blasio’s tenure and the latest adopted budget for the 2022 fiscal year, which began July 1, projects about $17 billion in capital spending for the fiscal year alone, as part of an overall $133.7 billion ten-year capital strategy. Of that ten-year strategy, about $70.5 billion, or 53%, is projected just for ensuring city infrastructure is in a state of good repair. But capital projects have been perennially beset with problems, and often tend to start late, balloon in cost, and finish well past their timelines, sometimes by years.

In recent years, the de Blasio administration and the City Council have taken measures to improve the capital budgeting process, creating more realistic timelines and spreading out spending over the years rather than frontloading the budget. Capital budget documents are also, as required by law, uploaded to the city’s open data portal to allow the general public access to line item details. But that data can be difficult to read unless one knows what to look for. It does not show, for instance, the original projected costs or timeline for any particular project.

WeGov, a civic technology initiative, examined available capital project data dating back to 2019 but including projects as far back as 2001, to present an easier picture of the city’s infrastructure landscape, and the results are damning. It examined 5,263 projects with an original estimated total cost of nearly $77 billion, but that has grown to $148.5 billion. Of the total projects, 2,624 are running past their projected timelines and 2,990 are over budget; 997 are starting late and 2,946 are ending late.

The portal details projects across the city. For instance, the renovation of the Midtown Community Court, which began in 2001 and was meant to be completed by 2005, has had its timeline extended to 2030 and seen its cost increase from $17.8 million to $64.7 million. The construction of the Croton water filtration plant in the Bronx began in 2007, nearly three years late, and was originally scheduled for completion that year. Instead, it is now expected to be done in 2023, roughly $3.9 billion over budget.

There are, of course, projects that are on schedule and within budget such as repairs to the Delaware Aqueduct, which began in 2008 and will be done by 2025, nearly $75 million under budget.

Devin Balkind, a civic technologist who led the project and is the Libertarian candidate for public advocate in this year’s election, said the portal is an attempt to make sense of the vast capital budget and to help the public and policy-makers hold the mayoral administration accountable.

“I'm trying to do what I can to bring best practices from the...public interest technology universe to city government,” he said. “My method for doing that is making the things that I wish the government made.”

The portal maps out the location of specific capital projects, outlines each project’s budget, the source of their funding, and how spending on projects has changed with different iterations of the budget over the years. It is part of a larger data-driven initiative that also analyzes agency-specific data including everything from headcount to expense budgets to City Council discretionary funding.

Balkind said the project was inspired by the city’s longstanding practice of presenting hundreds of capital projects in online PDFs, inaccessible for complicated data crunching.

“This is the type of thing that people who work in technology make fun of government for, making data available in that type of format,” he said in a phone interview. In recent years, though the data has been made available through open data sets by the Mayor’s Office of Data Analytics, it still remains hard to visualize.

Laura Feyer, a spokesperson for the Mayor’s Office of Management and Budget, said in a statement, “City Hall has taken steps to improve capital project delivery and is currently leading an advisory board that is singularly focused on improving the City's practices around capital data reporting.”

Feyer noted that OMB has published more than 8,000 pages of information about the various aspects of the capital budget. The administration has also taken steps to improve the capital process, including by cutting the Certificate to Proceed approval process times by more than half and successfully pushing for design/build authorization from the state for many projects, which reduces both cost and timelines. The Department of Design and Construction has also streamlined its internal change order review process. And the Department of City Planning recently launched a website detailing the ten-year capital strategy.

Calculating costs and timelines for a particular project is also complicated, she noted. For instance, the administration may set aside funding for a project even if it does not start in a particular fiscal year, giving the impression that the project is delayed.

An April report from the Center for an Urban Future found that the city could save as much as $800 million over five years by instituting additional reforms to the capital project design and construction process. But in a September 13 op-ed for the New York Daily News, DDC Commissioner Jamie Torres-Springer laid some blame for the city’s capital construction woes on the state. “[O]ur own internal plan to improve can only go so far as long as the City’s capital construction process is hamstrung by arcane rules that require state legislation to change,” he wrote.

But Balkind pointed to certain examples of delayed projects that are particularly egregious in the wake of the recent emergency flash flooding in the city caused by Hurricane Ida. Streets flooded across the five boroughs and 13 people died as sewage and wastewater infrastructure failed to accommodate the record-level heavy rains, raising questions and concerns about the city’s storm preparedness and resiliency measures in the nine years since Hurricane Sandy. One project to replace and augment stormwater systems in Laurelton, Queens was $154 million over budget and five-and-a-half years behind schedule; another to build bioswales and greenstreets in South Ozone Park, Queens was $12 million over budget and more than three years behind; yet another to replace a storm sewer and water main on Jamaica Avenue was $15 million over cost and two-and-a-half years late.

Even without record levels of rain, the city is particularly prone to flooding, and not only across its extensive waterfront. The city’s sewer and water infrastructure were not designed to handle either increasingly treacherous weather or the expansion of roads, highways and concrete surfaces that do not absorb water like permeable green spaces.

Mayor de Blasio touted the city’s $20 billion resiliency plan in the wake of Sandy, including $2 billion allocated through 2025 to drainage system projects in Southeast Queens, where New Yorkers drowned in basement apartments because of the flash flooding.

“From now on, what I think we do is tell New Yorkers to expect the very, very worst. It may sound alarmist at times, but unfortunately, it's being proven by nature,” de Blasio said at a September 2 news conference, addressing the aftermath of Ida. “The infrastructure investments – look, $2 billion to Southeast Queens is a big deal. But what we're seeing is we're going to need more than we ever possibly imagined. Thank God for the first time in our lifetimes almost, the federal government is finally truly committed to infrastructure spending. But I think what's – I don't think it's too little too late. I think it would have helped us a hell of a lot more a few decades ago, but we're going to be playing a lot of catch up but we're talking not billions, tens of billions, even hundreds of billions to really be able to make people safe.”

Balkind hopes that his data project will help the public understand where their taxes are directed and to push the administration to improve its delivery of projects and services. “We’re off the charts in terms of inefficiency and we pay for that all the time,” Balkind said, “and capital projects are a very obvious way we pay for that.”

Note: Gotham Gazette has hired an affiliate of WeGov for one information technology project.