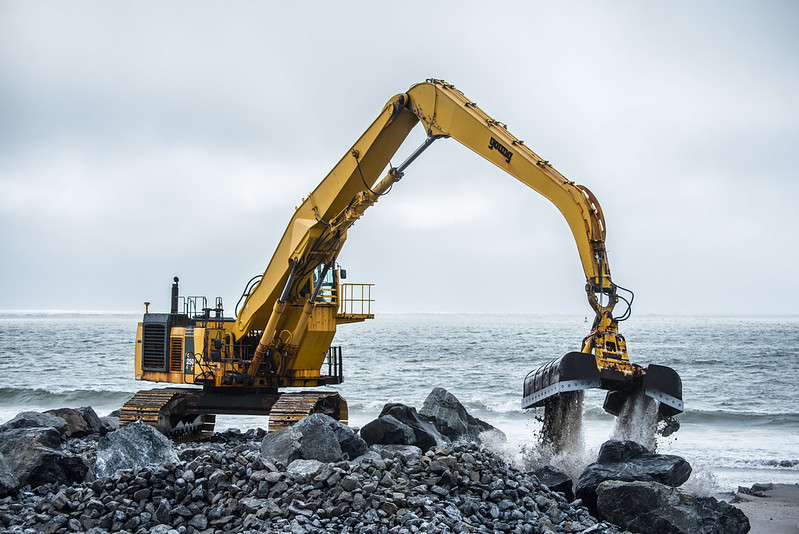 After Hurricane Ida once again exposed New York City’s vulnerability to major climate events, the New York City Council is set to pass, and Mayor Bill de Blasio is expected to sign, a bill that will mandate the creation of a new “citywide climate adaptation plan.”

The Council will vote on Thursday to approve the legislation, Intro. 1620, which was first introduced in June 2019 by Brooklyn Council Member Justin Brannan, chair of the Committee on Resiliency and Waterfronts, and then Queens Council Member Costa Constantinides, who left office earlier this year.

The bill will require the Mayor’s Office of Long-Term Planning and Sustainability to oversee the development of and publicly release an initial, holistic plan addressing the risks that climate hazards pose to the city, including extreme storms, rising sea levels, tidal flooding, flood surges, wildfire, and extreme heat, precipitation, and wind. The first plan will be due by September 30, 2022, with mandated updates every ten years.

“The climate adaptation plan would include recommendations for resiliency and adaptation measures to protect residents, property and infrastructure in the City,” according to the bill summary. It would also need to “identify areas that are highly vulnerable to climate hazards to help determine where resiliency and adaptation measures should first be implemented” while  also analyzing the “potential impact on environmental justice areas.”

Past and current mayoral administrations have already sought to prepare for the long-term threat of climate change and its impact on severe weather. In 2007, Mayor Michael Bloomberg released PlaNYC, a strategic plan that looked ahead at the city’s evolving needs till 2030, including climate resiliency. Mayor de Blasio’s update to the plan is called OneNYC, envisioning through 2050 how the city would grow and adapt. Part of that was preparing for climate change, including by ending the city’s reliance on fossil fuels, building resilient infrastructure, and environmental justice reforms.

There are also other old and new plans, such as resiliency efforts de Blasio announced in the wake of recent storms, including a new blueprint for preparing for and responding to extreme weather events, with $2.7 billion in new funding to accelerate climate-resilient infrastructure projects.

But the bill the City Council is set to pass this week is the first “soup to nuts” attempt at putting all those plans in one basket, Brannan says. “I’m very aware that we’re going to be celebrating the passage of a giant to-do list,” he said in a phone interview. “We should be celebrating the passage of a whole bunch of projects that need to get done. But the fact is, this has never been done before really in a comprehensive way. And it’s crazy that it’s never been done before.”

When the bill was first introduced, it only envisioned a plan to aid shoreline communities and steps to mitigate flooding and damage to homes and infrastructure in flood zones. But the recent thunderstorms in August and September proved that it’s not only those communities that bear the brunt of climate events.

Tropical depression Henri flooded the city with record-high rains and brought the subway system to a standstill. Soon after that, Hurricane Ida poured even greater amounts of rain on the city and caused mass flooding across the city, killing 15 people, mostly in Queens and inland. People drowned in basement units in districts that are landlocked, leading to broad outcry that the city had failed to prepare for the effects of adverse weather events in the nine years since Hurricane Sandy.

“We basically Frankensteined the bill over the past couple of weeks,” Brannan said. “We made it much stronger than it was. Fifteen New Yorkers died during Ida. That isn’t something we can ever let happen again. We felt like getting this bill done was now or never.”

Though the city has spent the time since Sandy undertaking resiliency upgrades and infrastructure improvements, most have been slow to materialize. Capital projects are still chronically delayed and over budget. Federal funding, which the city often relies on for major infrastructure projects, tends to be doled out after disasters have already occurred. The city received $15 billion in federal aid to improve climate disaster preparedness in 2013 but, by 2019, had only spent about 54% of it. Brannan’s bill would envelope all of those efforts.

“You need a plan that from Riverdale to Rockaway is gonna look at all this stuff in a holistic way, and I think what this creates is a mapped out plan that would show what needs to be done to protect every community,” Brannan said.

At a recent City Council hearing after Ida, Brannan and other committee chairs pressed officials from the de Blasio administration about the city’s preparedness. “I think I went into it and I left it with the same idea, which is that we’re just not remotely ready for the next superstorm,” Brannan said of the hearing, in an interview on the Max Politics podcast. “For me, it proved what a lot of us had been saying: that the city hasn’t really accomplished very much outside of lower Manhattan in the years since Hurricane Sandy.”

A spokesperson for the Mayor’s Office of Climate Resiliency said the administration supports Brannan’s amended “citywide climate adaptation plan” legislation, indicating that de Blasio will sign it into law. It will largely fall to the next administration, a new mayor is due to take office January 1, to craft the plan and the next City Council to provide oversight of its development and implementation.