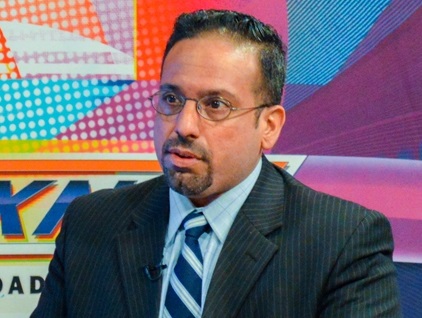 With candidates vying for votes ahead of New York City’s September primary and November general elections, many in and around campaigns know that the state’s antiquated election laws will, in part, ensure that a small percentage of potential voters will cast ballots among limited choices.

One candidate, Juan Carlos Polanco, known as J.C., is currently the presumptive Republican nominee for Public Advocate and has released an extensive package of proposed reforms to New York voting laws.

As a former member of the New York City Board of Elections (BOE), Polanco has had personal experience with the system that certifies candidates and runs elections. In a document provided to Gotham Gazette and subsequent phone conversation, Polanco outlined plans he believes will update, improve, and secure elections in New York through a combination of legislative changes, ballot referendums, and even changes to the state constitution.

“We have to really take a look at our election system and we have to modernize it,” said Polanco, who is eyeing a likely general election matchup with incumbent Letitia James, a Democrat.

Polanco is putting forward 10 proposals, some of which – like expanding the BOE’s reporting in the twice-yearly Mayor’s Management Report (MMR), which details performance of city agencies based on delivery of services – would be relatively easy shifts, and others – like instituting nonpartisan elections and starting a statewide voter identification program – would be fundamental reexaminations of voting in New York that would be very difficult to enact.

Among the former group, in addition to the MMR initiative, Polanco calls for forwarding of voter death and new address data to the BOE from city and state agencies, a new procedure for a nationwide search of the board’s executive director, and an increased budget for the agency to help it run the expanded programs.

The latter group are likely to be much more controversial; chief among them a proposal from Polanco for a statewide “free and fair voter identification program,” which the candidate framed as a compromise for including early voting and and no-fault absentee voting.

Polanco explained that free identifications would be arranged by the BOE using its central voter registration database and then be distributed through municipalities for free to voters who did not otherwise have a valid ID. He could not provide a cost estimate, and when asked why such a program was necessary when research has shown that voter fraud is almost nonexistent, he said there were two schools of thought on voter fraud.

“One is the [President Donald Trump] school, that 3 million people voted illegally in the election. Absolutely not. That’s an extreme view. Then we have the other extreme that no voter fraud happens. And that’s ridiculous,” Polanco said. He insisted that voters who turned up without IDs would not be disenfranchised, as they could fill out affidavit ballots – currently used by voters who arrive at polls to find they’re not on the rolls – that would be counted later if valid.

Another proposed change for voters would be the early voting provisions, which would have to be approved in the unsympathetic Republican-controlled state Senate. The plan would allow New York City residents to vote one week before the election, and to vote absentee without having to prove inability to vote in person, which is currently required for absentee ballots.

Polanco wants to change not only how New Yorkers vote but who they can vote for, by providing free legal counsel to candidates participating in the Campaign Finance Board’s public matching funds program who raise less than $10,000, and easing restrictions on ballot access for candidates.

“Candidates are getting kicked off the ballot after spending all summer campaigning and collecting petitions, and they’re getting kicked off for the most ridiculous reasons,” said Polanco, citing issues like having a slightly incorrect petition number listed on a cover sheet. Indeed, various candidates have been kept off or taken off the ballot for multiple city races this cycle, including one of two final candidates for the Republican mayoral nomination.

Unlike other populous cities like Los Angeles and Chicago, New York has a partisan election system where only voters registered to a particular party may vote in that party’s closed primary; that arrangement generally means that viable candidates tend to be selected only by the city’s registered partisans with one of the two major parties. Polanco wants to shift to a nonpartisan system, where rounds of voting, as opposed to primaries, would whittle down the candidate field.

“If you look at our city, it’s become much more of a nonpartisan city,” he said, adding that independent, or party unaffiliated, voters “are not participating.” While unaffiliated voter enrollment has indeed grown in the city over the past five years, nonpartisan voters still represent a minority (17.6%) of all registered voters. As Polanco looks ahead to the general election, he knows that there are many more unaffiliated registered voters in the city than those registered with the Republican Party (about 10.4% of all registered voters). It is those types of “independents” who helped Rudolph Giuliani and Michael Bloomberg win their mayoral terms.

Finally, Polanco wants to address the undemocratic trend of elected officials stepping down from campaigns after ballot petitions have already been filed, allowing partisan county committees to pick their candidates and denying voters the opportunity to vote in an open primary. “They take it out of the hands of the voters and into the backrooms,” said Polanco of the practice. He said he would like to see, if not his ultimate goal of a nonpartisan election, then at least a mandated primary for special elections.

Polanco suggests that gerrymandering – the practice of drawing districts to maximize or minimize a particular class of voters – is partly responsible for ensuring that Democratic candidates routinely win special elections, though in general city districts are not considered to be gerrymandered.

Polanco acknowledged that in order to enact such an agenda, the Public Advocate – a largely ceremonial citywide elected position with little direct authority – needs to heavily rely on the bully pulpit and organizing, as opposed to hard power. Easier said than done. Polanco would be far from the first person to go to Albany seeking voting reforms. With the Senate controlled by his GOP party-mates through a power-sharing agreement with breakaway Democrats, there has been virtually no appetite for election reform.

He could have some ways around that, he said, such as getting proposals into a referendum to be voted on directly by voters. If the upcoming November vote on whether the state will hold a constitutional convention is approved, Polanco said he would support trying to enshrine some voting reform measures into the updated constitution.