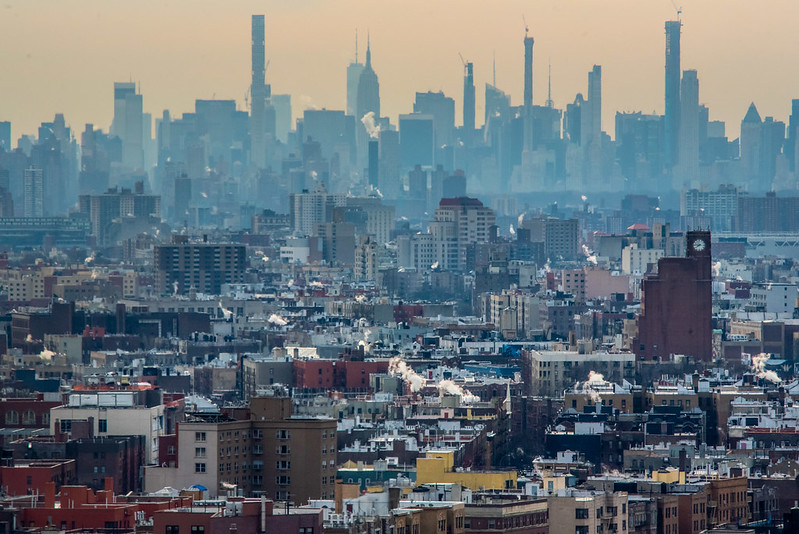 A long-awaited report from the city’s Advisory Commission on Property Tax Reform was released Thursday, outlining recommendations for potentially drastic changes to the way residential properties are taxed across the five boroughs.

Among the recommended reforms are changing the assessment methods of co-ops and condos, which include some of the city’s most expensive real estate, to reflect their true market values. Another is removing caps on tax increases for small homes, a provision experts say has over time placed a disproportionate tax burden on homeowners in less affluent pockets of the city.

“It’s clear that there are certain properties in New York, in certain neighborhoods that have had a lot of appreciation, where people have lived there for a long time, where their taxes will go up,” said Marc Shaw, the commission chair, during a conference call just after the report’s release. “But by having a fairer system there will also be people that will have their taxes go down and the end result will be a fairer system that everyone will understand.”

Together the recommendations take aim at a limited but significant slice of the property tax, intended to make the system more transparent and rational for residential properties and setting the stage for a new cohort of “winners and losers” -- the common parlance for politicos discussing the sensitive subject of reforming a system that impacts every constituent. With the preliminary report out, commissioners plan to hold a new round of public hearings in each borough with the goal of producing a final report this calendar year. Most of the proposed changes would need approval in the state capital, with few measures the city can take alone.

The report doesn’t tackle commercial and utility properties, which in fiscal year 2019 made up 28 percent of the market value of taxable properties in New York City.

“The Commission’s recommendations are the most significant reforms proposed in forty years and will bring a much needed level of fairness, transparency and simplicity to the entire system,” said Mayor de Blasio, in a statement of notable support. “I thank the Commission for its hard work tackling these issues head on and look forward to their final report.”

Despite promising action on the antiquated and unfair property tax system during his first months in office in 2014, given the significant delays in forming the commission and from the commission itself, it is now unlikely de Blasio will advance a reform agenda for state consideration before 2021, his final year in office. The timeline sets the stage for additional years of public debate at both the city- and state-levels before most changes are likely to be made, if they advance at all.

Announced in 2018 by de Blasio and Johnson, both Democrats, the commission was intended to study the entire system, which covers residential, commercial, and utility properties, and develop proposals that would bring fairness without hurting the city’s $95.3 billion in annual revenue, about a third of which comes from property taxes. The formation of the commission came amid a class action lawsuit by a group called Tax Equity Now New York alleging the tax system results in disproportionate tax burdens for residents that violate constitutional protections and the Fair Housing Act. The suit is ongoing and could impact the final set of recommendations from the commission, as well as the city’s and state’s approach to advancing them.

One of the most significant proposals is adjustments to the property tax classifications, which would change the methodology for assessing the value of co-ops and condos, which include high-value units that are often taxed on a fraction of what they would be if they were classified as small homes.

Under the current classifications, set by state law, small homes are assessed on their sales value, while co-ops and condos are categorized with large rental buildings and are assessed on the gross annual income they would receive if rented. The commission proposes bringing co-ops and condos, along with small rentals (fewer than 10 units) into the same class as small one- to three-family homes, to be assessed on sales price and taxed on 100 percent of the market value.

Another major proposal is changes to assessment caps, which limit the amount property taxes for homeowners can grow over a one- or five-year period. Because of the cap, property taxes on homes in rapidly appreciating neighborhoods can rise slower than their market values. As a result, homeowners in more economically-stagnant areas of the city end up paying a greater percentage of their property’s value in real estate taxes. A 2018 analysis by Citizens Budget Commission showed that homes in the Bronx and Staten Island had larger tax burdens than comparable properties in Brooklyn, Manhattan, and Queens.

To help low- and moderate-income homeowners, the commission has proposed a “circuit breaker,” which would reduce property tax burden with a credit calculated based on the owner’s income. It also recommends creating a homestead exemption on properties which are the primary residence of the owner when the owner meets a certain income threshold.

“Those units occupied by non-primary residents would pay a higher effective property tax rate than primary occupants,” said James Parrott, a member of the property tax commission and an economist at the New School’s Center for New York City Affairs, in an interview with Gotham Gazette. According to Parrott, ongoing efforts in the state Legislature to enact a pied-à-terre tax on expensive second homes, while driven by a zeitgeist for a more egalitarian city, could, if continued, hurt this broader effort to reform the tax code.

“To the extent that the property tax commission is going to change the way properties are taxed in New York, it’s likely that there will be implications for non-resident-owned properties. The ability of the reform effort to balance the changes will be limited if the Legislature approves a pied-à-terre tax separate from property tax reform,” Parrott told Gotham Gazette in December. (Meanwhile, State Senator Brad Hoylman, a Manhattan Democrat, and sponsor of the pied-à-terre tax bill, plans to hold a protest Friday with activists in front of Jeff Bezos’ Fifth Avenue apartment, calling on him to pay over $2.5 million in pied-à-terre taxes.)

Many of the thresholds, ratios, and rates to pursue have not been settled upon in the advisory commission’s preliminary report, partially because more scenarios need to be run using Department of Finance data and evaluation tools, and partially because the commission is seeking more public input to determine the extent to which these recommendations should be applied in order to fulfill the commitment of being revenue-neutral.

“There is going to be winners and losers, so there is no simple answer...and as we start to hold hearings on it, people will get a better sense of how it’s going to affect them individually,” Shaw said. The winners may be those who own a small home in the northern Bronx who have seen their effective tax rate rise every year with the slow growth in market value. Big losers could be the owners of multi-million dollar co-ops in Midtown Manhattan or one- to three-family homeowners in some neighborhoods, Park Slope for example, who saw the values of their homes skyrocket above the statutory assessment cap.

“The city has to be somewhat careful about how it portrays some of this information so that it doesn’t hurt its own case,” he added, referring to the Tax Equity Now lawsuit.

The report recommends transitioning to a new tax system gradually for current owners, a position supported by many tax experts, while newly sold properties would enter the new system at the outset.

“The details of any proposal will be of great significance, and it is important to consider both the short-term and long-term implications of any set of proposals on both taxpayers and the City fiscal condition,” wrote Ana Champeny, director of city studies at Citizens Budget Commission, in an email.

"The Property Tax Commission has worked very hard to make this City's property tax system more fair and easier to comprehend for all,” Speaker Johnson said in a statement. “I look forward to reviewing the Commission's initial recommendations and I thank them for their efforts. There are outstanding issues to address like how the property tax system impacts renters in our City and how to best address luxury housing. This is a work in progress and I'm eager to hear the public's feedback on these recommendations."

With the public hearings yet to be scheduled and, ultimately, the need for a set agenda first from de Blasio and the City Council that is then approved by state legislators and the governor, it is unclear how the new reforms will shake out and who the winners and losers will be.

“I look forward to reading the commission’s report, and I hope they have recommended the kind of change that the home and business owners in the city need,” wrote State Senator Brian Benjamin, a Manhattan Democrat and chair of the Senate’s Committee on Revenue and Budget, in a text message before the preliminary report was released. Benjamin has held public forums and an expert roundtable on the subject in 2019, in preparation for possibly pursuing state level reform this year. But, like many others, he has previously expressed frustration by how long the city commission was taking to formulate its report and has questioned whether any change would be possible in the 2020 state session, which runs until June.

Shaw was able to confirm, in broad strokes, the fate of some well-known property in booming Park Slope. When asked by a reporter on the call whether de Blasio’s famously low property taxes would go up or down under the proposed reforms, he said, “Under this reform effort, the property taxes on the mayor’s house will go up significantly.”