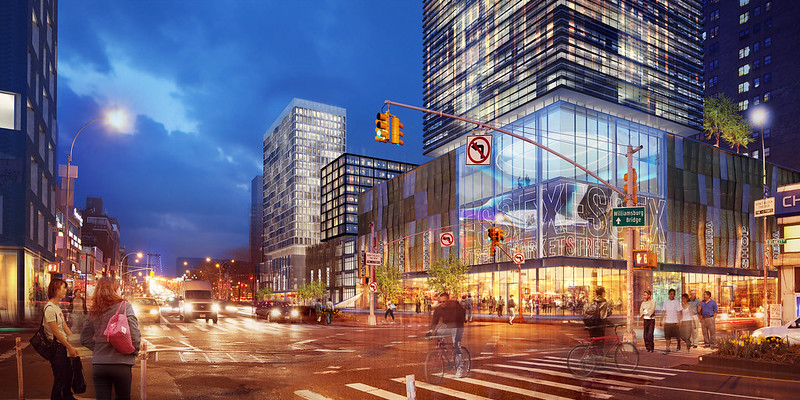 When will the city economy re-open, and how? (image: Mayor's Office)

Billions of dollars in typical commerce isn’t happening as the novel coronavirus, COVID-19, has brought the local economy to a near-standstill, and with the shutdown hundreds of thousands of jobs and billions in expected tax revenue lost from city coffers. The unparalleled scale of the crisis, with no clear end in sight, has made forecasts unpredictable. What’s not in doubt is that the city will eventually have to revive and rebuild its communities, its industries and job market, and its tax base.

While they respond to the public health crisis, leaders at all levels of government are also starting to plan for the economic revival, a task made especially hard by the many unknowns of the disease and efforts to mitigate it, from mass testing to a vaccine.

On Friday morning, the Center for an Urban Future, a nonprofit think-tank focused on economic opportunity, convened a virtual forum of urban experts and leaders in business, nonprofits, government, and economic development to discuss the strategies the city needs to employ to get New Yorkers and their city back on their feet once the outbreak has passed.

Estimates vary but the coronavirus fallout could end up costing the city between $7.4 billion, according to Mayor Bill de Blasio’s new executive budget, and $9.7 billion, per a new Independent Budget Office report, if not more, though the role the federal government might play in bailing out the city remains as open question and source of lobbying by de Blasio and others.

As of April 11, more than 520,000 New York City residents had filed unemployment insurance claims with the state Department of Labor, accounting for 43% of the total claims filed this year. The Independent Budget Office also projects that the city will lose another 475,000 jobs from now through March 2021.

Considering those dire numbers, there were no easy or singular solutions proposed in the forum, though the panellists drew ideas from the city’s past recoveries after the Great Recession, the September 11, 2001 terror attacks, and the fiscal crisis of the 1970s. But the coronavirus pandemic is unlike those events and the response from the city, they all agreed, must be just as unprecedented.

“It's important to think this is not a restart of the economy we had in 2019. I think it's a rethinking, and a reinvention of our economy in ways that it's just not going to be bringing back the same,” said Wylde, noting that the pandemic has not only caused problems but revealed many that existed in the way the government functions. “One of the things we found out in this crisis is that the technology that supports our local and state government is not smart, that it has failed on a number of fronts. That's not a people problem. It's not a leadership problem. That's a technology investment problem,” she said.

The panellists agreed that local recovery will be near impossible without direct federal aid. But they insisted that the state and city governments need to lead the way, paying little heed to the flawed decisions coming out of the Trump administration that contributed to the scope of the crisis.

“It's absolutely critical that we not pit the economic crisis against the health crisis, but rather think of them as moving together,” said Donovan, warning against easing social distancing restrictions too soon as President Donald Trump and Republican elected officials have suggested.

Pinsky said the city needs to restore confidence that New York remains a good place to do business, and he agreed with Fisher in suggesting that one key way to do that is to ease regulations. “I don't think anyone would look at the system that we have today and say that the way we spend the money that we collect in taxes is efficient, or the way that we regulate businesses and protect people is efficient,” Pinsky said.

Fisher said the city should work to improve access to credit for small and medium-size businesses and “help businesses cut through bureaucracy and red tape.”

A lot of the damage to small businesses, particularly minority and immigrant-owned businesses, may be irreparable, said Moy. She said family-owned small businesses have been wiped out, and are unlikely to be able to recover what wealth they may have built up over generations. “The next thing that's really going to be needed is to restart capital because these businesses, in many ways, have expended whatever funds they have,” she said.

A major roadblock to recovery, as Bowles noted, is that most New Yorkers who have lost their jobs are unlikely to have enough disposable income to survive mounting bills during the crisis, let alone to put back into the economy once the outbreak subsides.

Donovan said the city and state need to focus on two areas – ensuring that direct assistance reaches all those who need it, particularly the most vulnerable, such as low-income communities, communities of color, and particularly undocumented immigrants, and then tackling the larger structural impacts. In New York City, with its large renter population, he said housing and rental assistance is crucial. “We should never let a crisis go to waste,” he said, also suggesting that as the city begins to house more homeless people in hotel rooms, it should take the opportunity to think about long-term solutions such as new permanent affordable housing and supportive housing.

He also suggested that nonprofits and the city government take advantage of dropping real estate prices to purchase land and buildings and lock them into permanent affordability. Donovan was secretary of Housing and Urban Development under Obama and led the budget offices for both Obama and Bloomberg.

The panellists all worried that the outbreak could cause mass urban flight as New Yorkers hurt by the crisis follow others who have exited to other locales with lower costs of living. “I do think that that is an existential problem for New York City right now,” said Fisher, noting how that could shrink the tax base that the city will require to recover revenue.

“This issue...is what we need to be most focused on. Because what oil is to Saudi Arabia, our workforce is to New York. It is our most valuable natural resource. And it is the fuel that has driven our economic expansion,” Fisher said.

One solution he suggested was to improve the city’s zoning laws that he said have held back the type of affordable housing development that is direly needed. “Don't waste the crisis. Figure out how you can build to the needs of the community in greater scale, and at the same time recognize that we're possibly having urban flight,” he said.

Wylde also drew a contrast with past trends of outmigration, stressing that one of the issues the city needs to work on is improving its crowded and inefficient transportation system. “I think we've got a different set of issues today where people aren’t fleeing the city because it's full of crime, that they're not fleeing it because the schools are horrible,” she said. “They're going to stay home or leave if we don't get the infrastructure right.”

Moy said the city needs to invest in workforce training so that once the outbreak is over, the people without jobs and lower levels of education who will struggle the most are able to pull themselves up. “What I'm worried about is this new economy that we create is going to further create this gap between the well-off and the not-so-well-off,” she said.

More than just saving small businesses, Pinsky said the city should encourage the creation of new ones, especially in low-income neighborhoods, to spur economic activity. Moy had several recommendations for how the city could achieve that goal: create an inventory of retail spaces with existing infrastructure, provide grants for start-up costs, encourage and aide worker coops.

In order to give people more flexibility to work, Donovan said the city should create an infrastructure for flexible benefits, similar to the Affordable Care Act. That’s an issue that elected officials in New York have often talked about with regards to freelance and gig workers who lack the same protections as salaried workers. But the coronavirus has shown that even salaried workers face the perils of losing their benefits when their healthcare is tied to their jobs and entire industries are shut down while others are seeing mass layoff and furloughs.