PHOTOS OF THE WEEK: NYPD Commissioner Bill Bratton surveys Times Square, via @CommissBratton; Mayor de Blasio & First Lady McCray greet a family on the first day of school, via @NYCMayorsOffice; and a 9/11 rememberance, via Ben Max 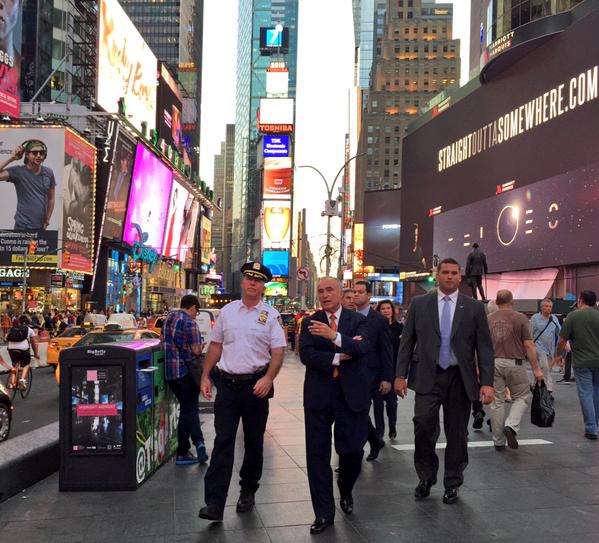 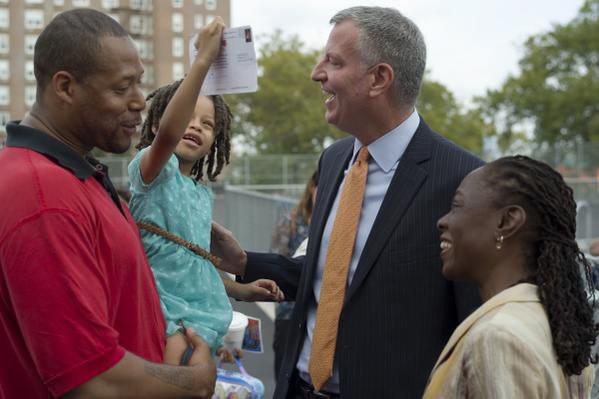 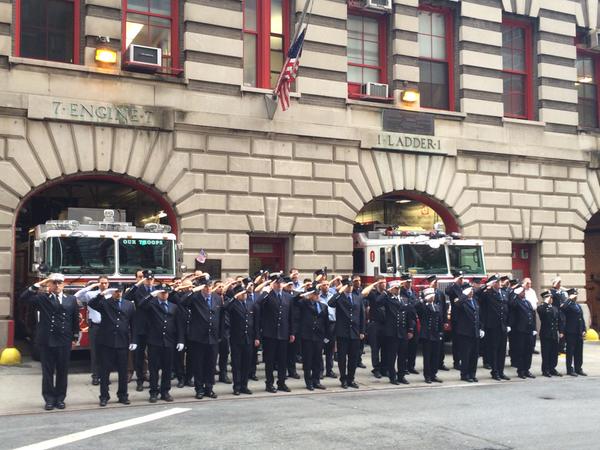 TOP FOUR STORIES OF THE WEEK:

1. Primary Election Results: It was a rare Thursday election day and a year with lower-profile races on the ballot and thus even lower voter turnout, but there were still ballots being cast. In one of the higher-profile races, Barry Grodenchik emerged from a crowded Democratic primary in a Queens City Council race to fill a seat vacated by Mark Weprin, who left to work for Gov. Cuomo (Grodenchik is heavily favored to also win the November general). Read about other results around the state here, via Politico NY. And, read our look at the many voting opportunities for New Yorkers in 2015 and 2016.

2. De Blasio Celebrates Expanded Pre-K: Mayor Bill de Blasio went on a five-borough school tour Wednesday to celebrate the first day of the 2015-2016 academic year and the initial success of his universal pre-kindergarten program, now enrolling more than 65,500 children. If there is one thing that de Blasio promised on the 2013 campaign trail, it was "UPK," as it is often called, and in a short time he has devoted unseen resources to increase the number of New York City four-year-olds in school - up from about 20,000 full-day pre-K students in 2013-2014. De Blasio also defended his larger education agenda Wednesday and previewed the argument he'll make for another extension of mayoral control of city schools.

3. Cuomo Pushes $15/hr Minimum Wage: On Thursday, Governor Cuomo called for an across-the-board increase in the minimum wage to an eventual $15 per hour for all workers in New York State. He'll seek passage of a phased-in increase during the next legislative session in Albany, but is sure to face fierce Republican opposition.

4. Cuomo Announces New York Aid for Puerto Rico: On Tuesday, Governor Cuomo concluded a brief "solidarity mission" to Puerto Rico with a promise to offer advice, technical assistance, and other aid to the island territory facing some $72 billion in debt. In part, though, Cuomo is calling on the federal government to help Puerto Rico through a restructuring of its debt and systems.

Pre-K Pillar in Place, De Blasio Must Build Rest of His Case for Mayoral Control, by Ben Max