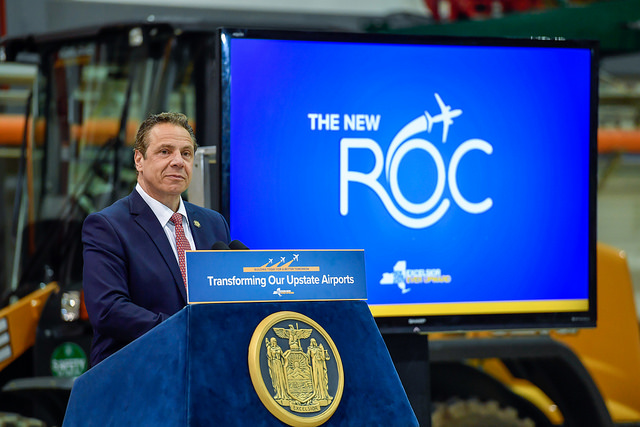 The New York State Legislature returned to session Monday after its annual two-week Passover/Easter post-budget hiatus, and lawmakers want the governor to know they are ready to work.

While Governor Andrew Cuomo continued his state-wide infrastructure and economic development tour this week, during the bustling first two days of session the Legislature advanced some provocative legislation, sending a clear message to the governor that the final two months of session will not be as uneventful as he has predicted.

At an Easter Eve celebration at the Executive Mansion, Cuomo had told reporters that the state budget, passed a few days prior and nine days into the new fiscal year, had already tackled virtually all the important issues, and that the Legislature simply lacks the willpower to push through items that were dropped, such as government ethics reform or the Dream Act.

Rather than focus on pushing the Assembly and Senate on any measures he supports, the governor said, he would spend the next two months focused on his revved up upstate economic development programs and infrastructure projects across the state. The governor, during budget negotiations, ensured that all of his signature projects made it into the emergency extender bills passed April 3, after there was no full budget agreement between Cuomo and the Legislature by the April 1 deadline. (The full state budget for the new fiscal year would be passed about a week later.)

As if to reinforce his point, Cuomo spent Tuesday -- a chaotic session day at the Capitol -- in Rochester, announcing a $53.7 million transformation of the city’s airport and $500 million for his Finger Lakes Forward initiative, which is intended to spur economic growth in the region. On Wednesday, he continued his Finger Lakes region tour in Auburn, where he did a ceremonial bill-signing for $2 million to clean up of Owasco Lake, which has been impaired by the presence of Blue-Green Algae, and upgrade drinking water systems in nearby towns.

But while there many compromises made in the budget -- including on key policy issues, like raising the age of adult criminal responsibility from 16 to 18 and an expansion of ride-hailing apps -- lawmakers made clear in their first days back at the Capitol that they have unfinished business to address.

Most significant for New York City is an extension of mayoral control of city schools, which is due to expire in June. Senate Republicans are now seeking to tie the extension, which would grant Mayor Bill de Blasio between one and three years more of control over the public school system, to an increase of the state’s charter school cap, according to NY1 and other reports.

"Well if we can link it to anything to get some legislation that's important to the Senate I think we should do that," Deputy Senate Majority Leader John DeFrancisco, a Republican from Syracuse, told NY1. "I think it's ultimately going to get done whether it's one year or two years or whatever it may be," he said of extending mayoral control. Senate Republicans have made de Blasio, a first-term Democrat, sweat year after year, with back to back one-year extensions and public hearings.

In another apparent jab at the governor, DeFrancisco sponsored legislation that would restore the state Comptroller’s jurisdiction to review procurement and contracts for certain economic development projects involving SUNY and its affiliated non-profits -- a power stripped from the Comptroller in 2011. Lax oversight of these entities and their contracting has been blamed, in part, for the massive bid-rigging scandal involving Cuomo’s former top aide Joe Percoco and eight other men associated with the administration.

Comptroller Tom DiNapoli has been calling for the restoration of these powers so that his office can vet processes and contracts. The bill passed the Senate finance committee Tuesday. Assembly Speaker Carl Heastie, a Democrat from the Bronx, said the legislation shows an “admirable goal,” but only that he would discuss the details with his conference.

Democrats in the Assembly majority and the Senate minority have also signaled this week that they plan to continue pushing for women’s health protections, voting reform, and the Dream Act.

At a Tuesday press conference for electoral reform hosted by the League of Women Voters and Democrats from both chambers, Senate Minority Leader Andrea Stewart-Cousins responded to the governor’s suggestion that the Legislature had slim chance of passing such reforms post-budget.

“I’ve heard the governor say before that there is no appetite for things in the past and as it turns out, there was an appetite and we’ve gotten things done,” said Stewart-Cousins. “People need to step up and say it’s OK for eligible voters to vote.”

While Cuomo included in his executive budget early voting and other reform proposals to update the state’s antiquated voting laws, he put little public effort into championing the issue and none of the reforms made it into the budget that was passed.

Meanwhile, Senate Republicans are interested in reforming the “scaffold law,” which holds contractors strictly liable for height-related accidents in the interest of protecting construction workers, with legislation that would attempt to apportion liability based on fault. Advocates for reform are encouraged by a new bill from Democratic Assembly Member John McDonald, introduced earlier this session.

A bill aimed at controlling the sale and use of tobacco e-cigarettes advanced in the Senate, which syncs well with de Blasio’s goal to reduce tobacco usage, including the vaporizers. The legislation, called Tobacco 21, raises the smoking age from 18 to 21 and is already the law in eight New York counties. It passed the Senate health committee on Tuesday.

One issue likely to once again fall to the wayside this year is government ethics reform, particularly campaign finance reform, which could involve the closure of the “LLC loophole,” which allows lawmakers to benefit from nearly unlimited campaign contributions from powerful interest groups, or a system of public campaign financing. The governor proposed those measures and others, like legislative term limits and restrictions on legislators’ outside income, but none went anywhere in budget negotiations.

The Senate, however, came back to session this week and passed a bill that would put into law eight-year term limits for leadership positions in both the Senate and Assembly. The legislation, sponsored by Senator Joseph Griffo, a Republican from Rome, would codify Senate rules put in place in 2009, limiting the number of years a legislator can serve as a house leader or even committee chair. The bill has been sent to the Assembly.

Cuomo, a second-term Democrat who has given several indications that he is considering a presidential run in 2020, has been criticized by some -- including DeFrancisco -- for focusing too much on his national profile instead of state issues. When asked about the suggestion that he is eyeing a national bid during his announcement of the budget deal earlier this month, Cuomo laughed it off.

Cuomo’s appointment this week of Maria Comella, a Republican strategist who worked on the presidential campaigns of George W. Bush, John McCain, Rudy Giuliani, and Chris Christie, and a scheduled June fundraiser in New York City featuring former Vice President Joe Biden, albeit for his 2018 reelection campaign, have continued to fuel the rumors.

Both houses are adjourned for the week and will return to session May 1.