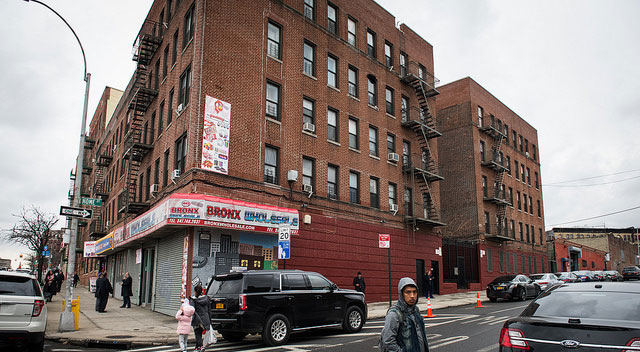 One of the most contentious issues on the 2019 docket in Albany will be the expiring rent regulations that apply to roughly 1 million apartments in New York City and determine several ways in which rents are capped and when and by how much landlords are allowed to increase rents or remove a unit from the regulated rolls. While the regulations are set to expire in June, it is widely expected that they will be extended, the main question is what exactly they will look like, and whether the fact that Democrats are set to control both the governor’s office and both chambers of the state Legislature will mean sweeping changes that benefit tenants.

Though that debate is certain to heat up when Governor Andrew Cuomo gives his State of the State address and the legislative session begins in the new year, a lot of discussion is already happening. On Tuesday, the New York Housing Conference hosted a panel discussion with key stakeholders in the rent regulations debate: State Senator Liz Krueger, a Manhattan Democrat; Assemblymember Steven Cymbrowitz, a Brooklyn Democrat; John Banks, the president of the Real Estate Board of New York; and Thomas McMahon, principal of consultancy TLM Associates. The hour-long discussion, which largely focused on rent regulations, but also touched more generally on housing development, was moderated by Gotham Gazette’s Ben Max.

“The Senate Democrats will be heavily focused on ensuring an improvement and strengthening of tenant protections in our rent regulation system,” Krueger said at the event, signaling that her new majority conference is looking forward to working with an Assembly majority that has held rent regulations as a top priority for many years.

Housing was one of the most prominent issues of the recent elections in New York, with the broad and ever-present issue of affordability talked about all over the state, some state Senate candidates in New York City running campaigns largely focused on rent regulations, and public housing crises popping up throughout. A slate of progressive Democratic reformers were swept into the state Senate on the promise of, among other things, reforming rent laws such as vacancy decontrol and how major capital improvements are assessed, and many candidates rejected campaign contributions from real estate developers. Those Democrats now join other state senators who will take over the majority from Republicans who were especially close with large real estate interests, and plan to team with Assembly Democrats who have been looking to strengthen rent regulations on behalf of tenants for years.

As legislators, negotiating with the governor, look to reform rent regulations and get the new formula right, there are certain to be complicated discussions, as members of Tuesday’s panel made clear. Stakeholders, from activists to developers, tenants to landlords, legislators to bureaucrats, will want their say in how new laws will be shaped. The state’s rent regulation laws are set to expire in June, two months after the state budget is due. Working rent reforms into the budget would provide faster resolution and may offer an opportunity for broader horse-trading as often happens in Albany, but a rushed job could also potentially leave open loopholes or fail to adequately address the issue.

To the potential chagrin of some, the panelists advocated a slow and steady process instead of immediate legislative reform, while hitting on a variety of specifics that must be considered.

“We will move slowly,” said Cymbrowitz, the Assembly housing committee chair, after Banks, the head of the city’s most powerful real estate lobby, advocated the same. “We will not just throw legislation, take them out of committee and just put them on the floor. We will have discussions with our partners, we will talk about it, and if there has to be changes to existing legislation, we’ll look at that as well.”

The Assembly has passed rent reforms such as repeal of vacancy decontrol, which allows apartments to be removed from rent regulation, on several occasions, but the Senate has been opposed. Krueger said that while the new majority with many new members that she will be a part of has not held a conference she believes the Senate Democrats will be “very open” to repealing vacancy decontrol. Governor Cuomo, who has close ties to real estate, recently said on WNYC radio that if a vacancy decontrol repeal bill passed the Legislature, he would sign it into law.

Vacancy decontrol, vacancy bonuses, preferential rent, the Urstadt Law preventing New York City from controlling its own rent laws, and the way landlords can account for major capital improvements (MCIs) are just some of the policies that could be on the table in 2019. Advocates who want to do away with or drastically modify vacancy bonuses, vacancy decontrol, and how MCIs can be passed on to tenants argue that they will protect tenants in rent regulated apartments from abusive practices by landlords and will protect the city’s rent regulated housing stock, which has diminished significantly in recent decades.

After Senator Krueger said that her conference will be focused on strengthening tenant protections, she later added that vacancy decontrol would definitely be taken up, and singled out MCIs in particular as well.

“People are not saying end MCIs, we’re saying end the ridiculous system where if you put in for an MCI, you get to get paid back for it forever by adding it onto the rents and inflation-adjusting it forever, when on average you’re getting your full money back in seven years,” Krueger said.

For Banks, whose organization is made up of and lobbies on behalf of the city’s largest real estate developers and landlords, reforms pose a fundamental threat to the industry’s ability to do business, and to the availability of good and abundant housing in the city. He argued that vacancy decontrol, wherein an apartment leaves regulation after rent passes a certain threshold, is a tool to subsidize regulated units.

“At a fundamental level, rent regulations affect the amount of money that can go into a building, the revenue streams that go into supporting a building,” Banks said. “If those numbers are not sufficient to support the construction and maintenance of the building, then it will further chill production. It will limit people’s incentive to create additional supply.”

“We shouldn’t vilify the entirety of a segment of our economy that is as important to New York City and New York State as the real estate industry is,” he said.

Banks, as well as the other panelists, also singled out the city’s property tax system as a culprit in the increasing unaffordability of housing. A commission jointly empaneled by the mayor and City Council is currently working to discuss potential reforms to the property tax system, and City Comptroller Scott Stringer introduced a housing proposal last week to fundamentally alter the city’s real estate tax scheme. Whatever the city commission puts forth will have to then be dealt with in Albany -- like with rent regulations, the city has limited powers over its own affairs with regard to taxes, though property taxes are one area the city has significant leeway.

“It is so complicated, it is so obtuse, and there are layers upon layers of abatements and other incentives to try to get to the fundamental problem, which is it doesn’t reflect the policy realities,” Banks said, also referring to the system as “broken” and specifically calling out Class 2 property taxes, the owners of which he characterized as shouldering the greatest tax burden.

McMahon, who worked in government for decades before moving to the private sector, argued that the property tax reform commission could be used as an opportunity to help vulnerable New Yorkers.

“Should we be looking at using property tax reform to supplement low-income tenants?” he asked. “I think it’s a conversation that could be had. So it’s important that the budget be cognizant of the need to extend this program.”

On the issue of public housing, both Krueger and Cymbrowitz lent their support to using Rental Assistance Demonstration, which Mayor de Blasio recently announced would be expanded to dozens of developments throughout the city and leverages both federal vouchers and private funding to allow private companies to manage NYCHA properties, providing additional sources of revenue for housing authority developments and key upgrades to the deteriorating housing stock.

“The RAD model seems to be working very effectively in other parts of the country and the state,” Krueger said. She clarified her remarks by noting that she is not in favor of privatization of NYCHA, which some say RAD effectively does, or at least is a gateway toward.

Krueger also didn’t outright dismiss the idea of building on unused NYCHA land, a controversial process known as “infill,” but argued that the balance of market-rate and affordable units needed to be carefully found, noting that she has a development in her district where a building is being built that will be 50 percent market rate and 50 percent affordable.

Cymbrowitz talked about using NYCHA land to build senior affordable housing, but acknowledged that more senior and other affordable housing means less revenue being brought in by infill for NYCHA’s tens of billions of dollars in needs.

But Krueger also cautioned about how infill developments are designed in terms of revenue.

“A real sticking point for the community was who’s getting the money that NYCHA will get from the building,” Krueger said. “Residents want their problems fixed, and many of their position is if you’re going to be putting a new building on our site, you’re taking away a playground, at least the money that’s coming in should come to meet the needs of this facility.”