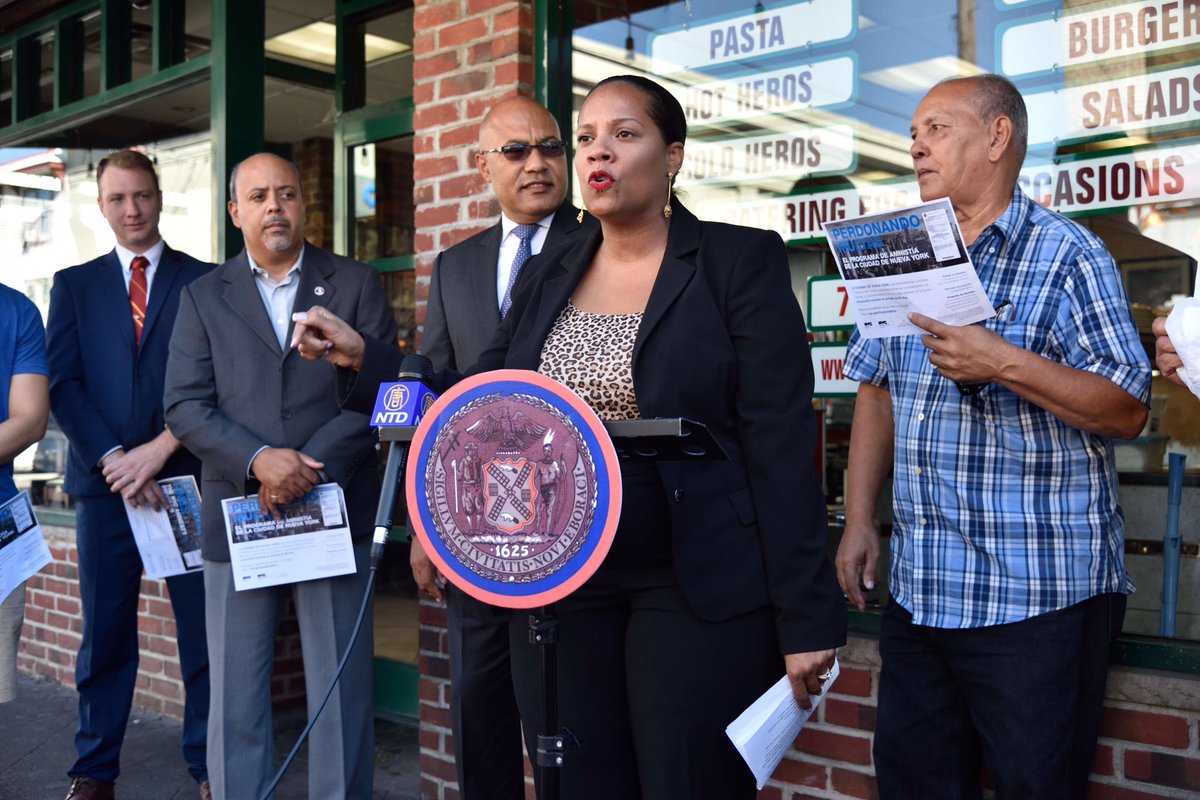 The potential repercussions of President-elect Donald Trump’s policies on New York City’s budget loomed over a Wednesday City Council hearing. The Council’s Committee on Finance met for oversight on the de Blasio administration’s November Financial Plan Update, which shows a projected increase in spending of $1.3 billion this fiscal year, as well as additional savings being set aside by the city.

On Wednesday at City Hall, Council members led by finance Chair Julissa Ferreras-Copeland had questions for city budget officials, who explained that most of the new spending stems from an increase in federal and state funding. The current fiscal year runs through June.

The budget modification does not account for how Trump’s proposals -- from a promised freeze on funding to so-called sanctuary cities to tax code changes to eliminating the Affordable Care Act -- may affect the roughly $7 billion in federal money that comes to the city annually of late.

While Trump may have a difficult time following through on his promise to withhold all funding from sanctuary cities -- which are those like New York that are welcoming to undocumented immigrants -- he may be able to take a piecemeal approach. Mayor Bill de Blasio has vowed to fight several of Trump’s most extreme campaign promises, like mass deportations.

At the budget hearing this week, City Council Members and Dean Fuleihan, director of the Mayor’s Office of Management and Budget, agreed that in the coming months, the Council and the administration must work together to evaluate the impact of possible federal actions and prepare a response.

“Our fiscal management will be a critical asset as we move into a period of uncertainty at the federal level,” Fuleihan said. “At this time, the consequences of federal action are unknown and potentially widespread.” He noted several times throughout the hearing that city reserves are at “historic levels.” This is true in terms of the raw dollar amount, which is several billion, but with a $83.4 billion budget that has expanded rapidly under de Blasio, the city is somewhat short of a safe “budget cushion,” according to Comptroller Scott Stringer and other watchdogs.

The November budget update anticipates the $1.3 billion increase in spending from the June adopted budget, much of which stems from increases in federal and state funding, including aid for Hurricane Sandy recovery projects. The plan forecasts a $127 million reduction in projected tax revenues, and also includes $1 billion in savings, through changes in municipal government function, like increased use of electronic payments and expanded car sharing among agencies, as well as spending re-estimates at various agencies.

Generally, Council Members were pleased to see that the November Plan includes more savings, which the Council has been pushing for. “The highlight of the November Plan is a Citywide Savings Plan with savings of more than $1 billion in fiscal years 2017 and 2018,” said Council Member Ferreras-Copeland. “This early release of a savings plan signals a cautionary approach and aligns with the Council's push for programmatic, lasting savings that offset spending increases. I'm also pleased to learn that OMB has put together a team to focus on developing real baseline savings across agency boundaries.”

Other concerns with the November Plan addressed at the hearing included the added $115.1 million in new needs funding allocated to the Department of Homeless Services for increased shelter costs; the inclusion of $130 million to cover pension fund obligations due to the fund’s underperformance this year; and $14.4 million allocated to the Department of Correction related to the implementation of the 14-point plan to reduce violence in Rikers Island.

Of the $115 million in new shelter costs, $52 million comes from city funding, a 10 percent increase from the amount in the budget at adoption. “What is causing FY17's increasing shelter costs,” Ferreras-Copeland asked, “and how confident are you that these figures reflect what the city will actually be spending on shelter costs in FY17, and we won't be having this conversation again in the spring?”

“It's important to remember that shelter costs have been increasing since the end...of 2009, when there were about 37,000 in shelters,” Fuleihan said (there are currently more than 60,000 in city shelters). “We have, with your help, instituted programs - government assistance and other preventative measures - that we believe have changed what the shelter population would be today,” Fuleihan added.

Noting that the homeless shelter population varies day to day, Fuleihan asserted that what the November Plan provided is OMB’s “understanding of that population and the costs associated with DHS [Department of Homeless Services] services.”

Asked whether homeless shelter costs would continue to increase beyond what is included in the November Plan for FY 2018, Fuleihan said the administration is making changes and “hoping to stabilize this...there are going to be more additional plans coming out, and as we do that, we will continue making assessment” as the city gets closer to the preliminary budget.”

Mayor de Blasio has also recently said the city will be coming forward with new plans to tackle the homelessness crisis.

“I'm concerned about the fact that the city is having to put in more money to our pension funds, I'll be interested to hear from the comptroller as to why our investments are coming in lower so that city taxpayers have to put in our current dollars for our retiree expenses,” Rosenthal said, calling the situation “alarming.”

Fuleihan noted that OMB is “simply reporting the earnings that the comptroller gave us,” and that they are committed to “fully funding the pension system by 2032.”

The Department of Correction also accounted for a significant amount of the funding for new needs added to the November Plan. As Ferreras-Copeland noted, the de Blasio administration has consistently increased funding “over multiple financial plans for the DOC’s contract with McKinsey Group to accelerate and sustain the department’s anti-violence reform agenda.” Since fiscal year 2016 (July 1, 2015-June 30, 2016), the administration has added $24.2 million for consulting fees, including the $9.9 million for consulting fees included in the November Plan.

Yet, Ferreras-Copeland said, neither the administration nor DOC has shared details of the contract with the Council, or information regarding the exact nature of the McKinsey Group’s role in DOC’s reform agenda.

“Can you provide more details on why administration increased funding for DOC consulting fees at each fiscal year, and when do you expect McKinsey Group to finish its consulting for the department on its reform agenda?” Ferreras-Copeland asked, adding that she is seeking information clarifying what exactly the Council should be expecting to see as a result of the added funding.

Fuleihan said the McKinsey group is expected to finish its consulting in April, which the additional $9.9 million from the November Plan should cover, and promised to get Ferreras-Copeland information regarding the McKinsey Group’s role.

While the population at Rikers Island jails is down significantly under de Blasio, to about 7,500 daily, violence continues to plague the facilities. There are about 10,000 detainees and inmates across all city jails on any given day at this point.

Overall, the November Plan’s inclusion of a savings program and increases to city spending were well-received. Some specifics regarding the budget update remain troubling, like the increasing pension obligations, which are projected to cost the city more in years to come, and homeless shelter costs, yet much of the conversation at the hearing was dominated by concerns over New York City’s uncertain financial future when Donald Trump becomes President.

Funds from the federal government reflect about 10 percent of the resources in the city operating budget this year. Trump’s comments have raised concerns among city officials. “Federal funds make up a significant portion of several agencies and authorities - DOE, HPD, NYPD, and NYCHA,” Ferreras-Copeland said, later adding Health + Hospitals, and asking Fuleihan what could be done to mitigate potential damage to city resources moving forward.

“Right now, it’s very difficult to make an assessment as to what is going to happen,” Fuleihan said, though that picture should become clearer in the coming months. “We should, working together, coordinate our response to any action that may be taken in Washington,” he told the Council, and identify what federal aid may be at risk.