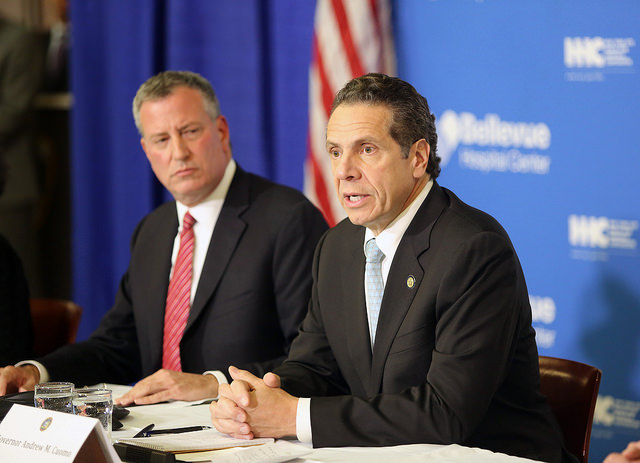 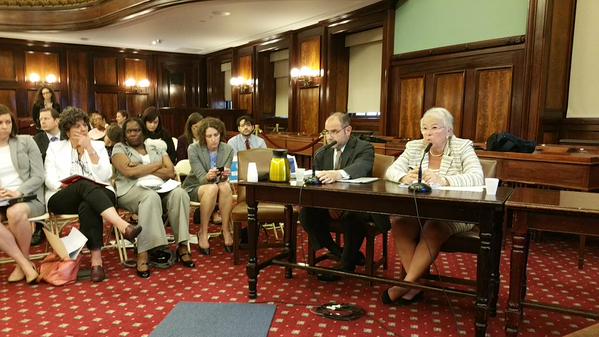 With an eye on Albany, it was time Thursday morning for New York City schools Chancellor Carmen Fariña to again testify in front of the City Council about her agency's proposed fiscal year 2016 budget and key education issues facing the city. The heightened level of concern with events in the capital comes amid shakeups in state leadership, important legislation on the negotiating table with deadlines looming, and recently passed controversial state teacher evaluation laws. 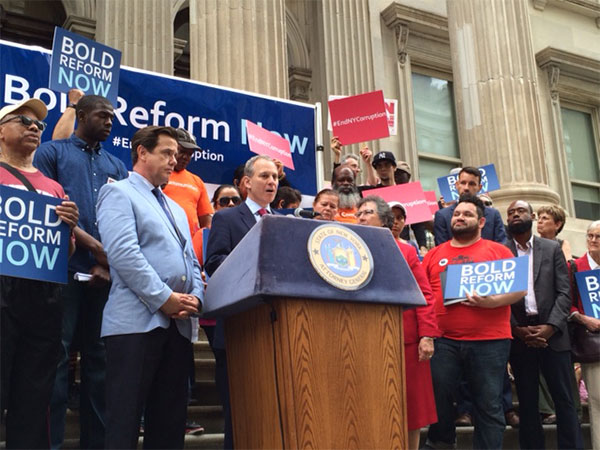 Standing on the steps of Manhattan's Tweed Courthouse, surrounded by activists, Attorney General Eric Schneiderman unveiled a legislative package Wednesday that is designed to challenge Gov. Andrew Cuomo and lawmakers who have written off negotiating ethics reform this year despite the arrest of two of the most powerful men in Albany on corruption charges.

"I'm done vouching for incremental reforms," Schneiderman announced to cheers from the gathered crowd on the steps of Tweed, his unamplified voice somewhat drowned out by the roar of passing traffic on Chambers Street. 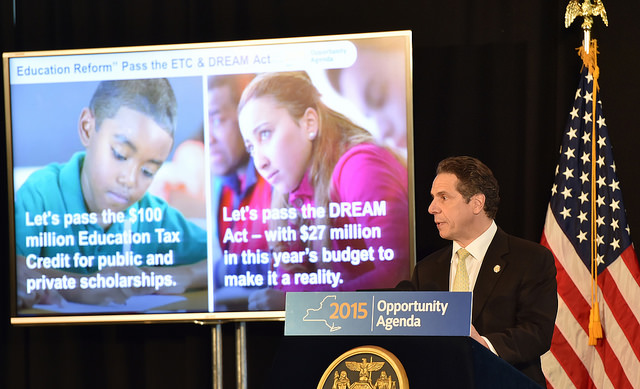 Read more: Does 2015 Offer Return of the Albany Big Ugly? 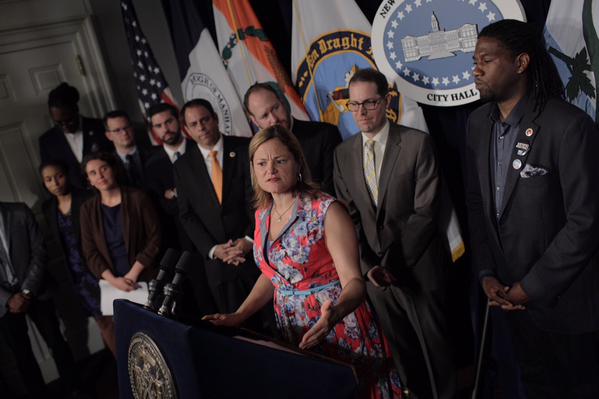 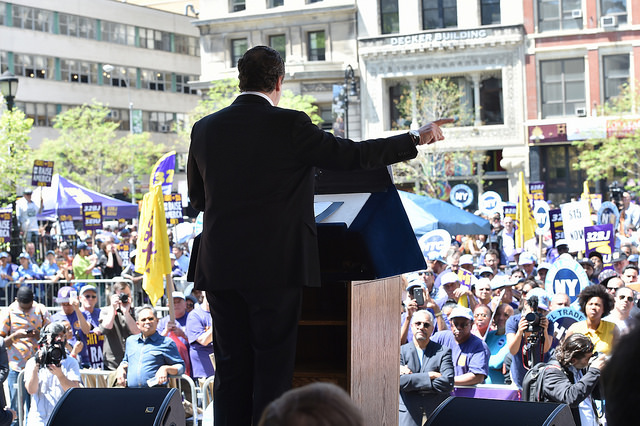 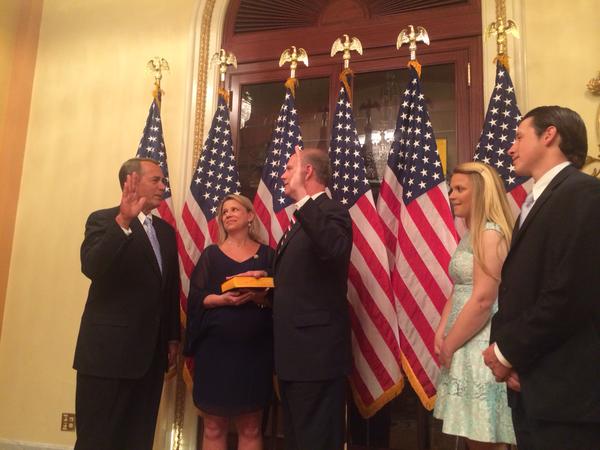 Voters can look forward to soon having a clearer picture of the potential contenders for the district attorney races on November’s ballot.

Three of New York’s five district attorney positions will be voted on this fall — in Staten Island, Queens, and the Bronx — and signature petitioning to get on the ballot begins the first week in June. Brooklyn’s District Attorney, Ken Thompson, and Manhattan’s District Attorney, Cyrus Vance, will not face reelection until 2017. 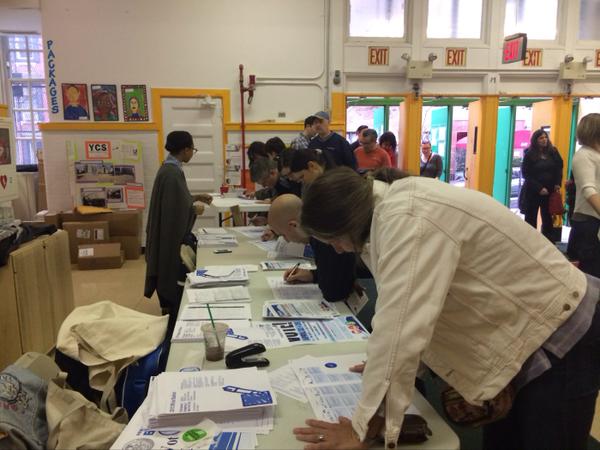 51,362. That's how many New Yorkers cast ballots in the recently-finished participatory budgeting cycle to determine which community projects receive funding. Implemented this year in 24 of the City Council's 51 districts, the participatory budgeting program sees council members devote $1 million or more in capital funding toward the community initiative. In a year-long process that engages district residents in local decision-making and community-building, New Yorkers not only have the opportunity to interact with each other and their local representatives, but also to learn about city government and budgeting. 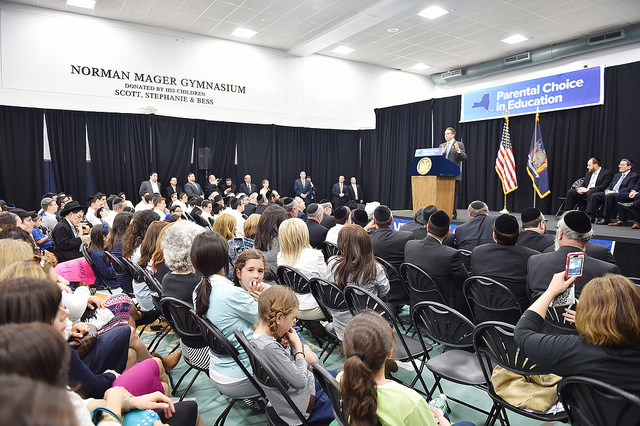 Read more: As He Campaigns for Top Priorities, Many Wonder Where Cuomo is on DREAM 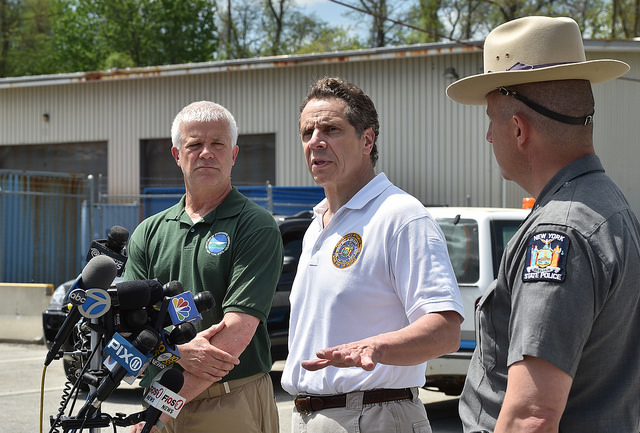 On Friday - the Friday of Memorial Day weekend - Gov. Andrew Cuomo will host a summit on email retention policy. It is a much-anticipated meeting that a large number of key stakeholders don't see a need for, and it's unclear what attendance will look like in terms of representation from the major entities in state government being called together to agree on a uniform approach to keeping and deleting official emails.