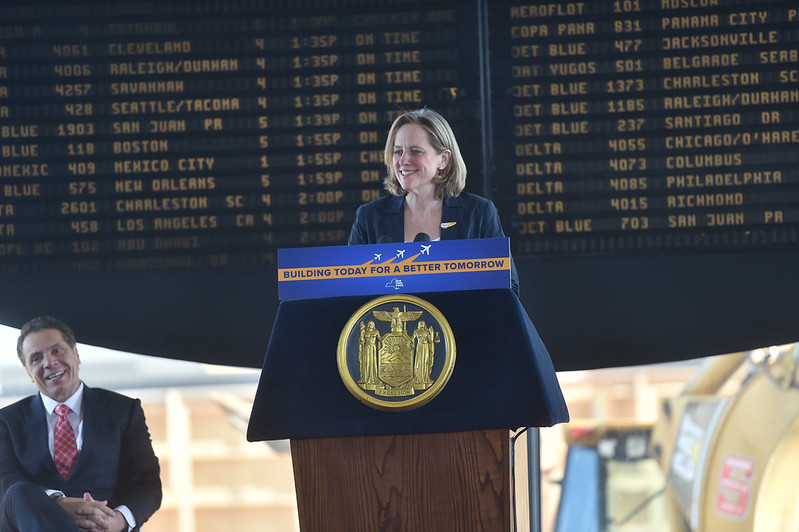 As 2019 comes to a close, we’re looking back at some of our “best” and most-read articles of the year. We have a lot of reporting that we’re proud of -- some of which was really well-read, some of which may not have received the attention it deserved. Gotham Gazette readership increased for the sixth straight year in 2019, and was up about 30% from 2018. Thank you to all those who have been reading, we appreciate it and enjoy doing what we do to bring you important local news with our unique in-depth, accountability-focused style.

In a separate post, we’ll highlight some of the “best” reporting (editor’s choice) that we published that isn’t among our ten most-read articles listed below.

This most-read list does not include articles like election guides or candidates lists or even our summaries of voter turnout numbers, all of which are often among our most-read posts. The list below also does not include opinion pieces (there’s a separate post for the most-read guest columns of the year). Also, while this list reflects our best-read original Gotham Gazette reporting of the year, any list like this will be somewhat biased against stories published in the last month or so of the year, but that’s how it goes.

1. Corey Johnson Wants to ‘Break the Car Culture’ in New York City; What Does That Mean?
by Noah Berman
“Imagine a New York where cars no longer rule the road, and pedestrians and cyclists reclaim dominance of the city’s public space. While a New York where cars don’t dominate the streets may seem like a fantasy, to City Council Speaker Corey Johnson, it is the future.”
Continue reading

2. 'We're in a New Era’: Inside the Crowded Race to Elect the Next Queens District Attorney and Reset the Borough’s Prosecutorial Agenda
by Emma Whitford
“Uncontested for seven terms spanning more than a quarter-century, Queens District Attorney Richard Brown has hung back while his counterparts in Brooklyn and Manhattan join a growing national conversation about criminal justice reform and the power of prosecutors to decarcerate jails. While the retiring Brown is a “dear friend,” former New York Appeals Chief Judge Jonathan Lippman told Gotham Gazette recently, “it’s time for a new prosecutor with new, up-to-date modern views.””
Continue reading

3. ‘Hard to Define’: Melinda Katz’s Path to the Precipice of Becoming Queens District Attorney
by Samar Khurshid
““If it’s good for families, it’s good for Queens,” Melinda Katz likes to say. It’s a line she used in her first State of the Borough speech as borough president, a position she has held for six years and she now hopes will propel her to the office of Queens District Attorney.”
Continue reading

4. How Vulnerable is Max Rose?
by Samar Khurshid
“Max Rose calls himself a “centrist populist.” The first-term Democrat who represents New York’s 11th congressional district, which spans across Staten Island and along the shore of Southern Brooklyn, appears set on trying to make that label stick, and in doing so earn a second term when voters head to the polls next year.”
Continue reading

5. New York’s New, Untested Redistricting Process Set to Unfold After 2020 Census
by Samar Khurshid
“Following the 2020 Census, New York will kick off the decennial redrawing of its state legislative and congressional districts to ensure equitable representation based on population. But the next redistricting process is untested so far, having been approved after the 2010 Census when New York saw a severe undercount, contributing to the loss of one congressional seat, followed by a redistricting that many observers and elected officials criticized for creating overly complicated state legislative districts on partisan lines.”
Continue reading

6. As New York Rethinks High School Graduation Requirements, Under-the-Radar School Group May Offer a Model
by Samantha Handler
“In a process likely to last years, the New York Board of Regents is considering changing high school graduation requirements, which may include revising or creating a substitute for the Regents exams. To graduate, most students must currently pass five Regents exams. But while the education policy-setting board recently announced its exploratory plans, another path to a New York high school diploma already exists: a set of performance-based tasks that test students on an array of skills meant to be more in line with college- and career-readiness than what typical standardized exams measure.”
Continue reading

7. For Ruben Diaz Jr., A Booming Bronx and Plan to Run on Development
by Savannah Jacobson
“Development in the Bronx has defined Ruben Diaz Jr.’s borough presidency, now in its tenth year and coinciding with record economic expansion across the city and country coming out of the Great Recession. And Diaz Jr. has defined his borough presidency –– and plans to build his upcoming run for Mayor –– around economic and housing development.”
Continue reading

8. There are NYPD Oversight Measures on the Ballot - How Significant Are They?
by Ethan Geringer-Sameth
“New York City may soon take several steps toward strengthening the power of the Civilian Complaint Review Board, or CCRB, the agency responsible for investigating misconduct allegations against police officers.”
Continue reading

9. Speaker Says Assembly No Longer Supports Public Campaign Financing, Downplays Other Reforms
by Samar Khurshid & Ben Max
“Though Democrats have for years blamed Republican intransigence for the failure of key campaign finance and ethics reforms in Albany, those measures still appear stalled even as their party controls the entire state Legislature and governor’s office. On Friday, Assembly Speaker Carl Heastie said that the votes are not there in his chamber to approve a public-matching campaign finance system, despite the fact that the Assembly has repeatedly passed such a measure in the past when Republicans controlled the Senate.”
Continue reading

10. As New NYCHA Chair Takes Over, the Future of Public Housing Hangs in the Balance
by Truman Stephens
““These first few months of our work have revealed NYCHA as an organization fraught with serious problems in structure, culture, and direction, and perhaps even worse,” wrote Bart Schwartz, the new federal monitor of the city’s public housing authority, in his first progress report, released July 22.”
Continue reading

Why is Governor Cuomo Attacking a Longtime Labor Ally?
by Samar Khurshid
“Governor Andrew Cuomo, a third-term Democrat, has in recent weeks repeatedly lashed out at state legislators from his own party and a long-time labor ally, 32BJ SEIU, as he points to the role of independent expenditures in state politics amid questions about his own fundraising habits and commitment to campaign finance reform.”
Continue reading

Payphone-Replacing LinkNYC Kiosks Not Generating Projected Revenue
by Lisette Voytko
“During a February 2016 press conference, Mayor Bill de Blasio made the first phone call on New York City’s first LinkNYC kiosk, stationed at the corner of 16th Street and 3rd Avenue. “It will be the biggest and fastest network in the world, and completely free of charge. And one thing I know about my fellow New Yorkers, they like things that are free of charge," said de Blasio.”
Continue reading