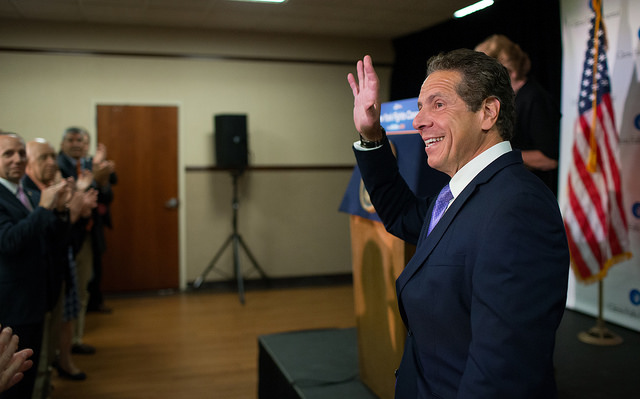 We recently published “The 10 Most-Read Gotham Gazette Stories of 2017” and while those pieces are all very good and deserved all of the readership they received, we also published many other strong pieces in 2017 that didn’t crack the top ten in readership, or even the top 25 or 50, necessarily.

So we’re publishing a second list -- our ten “best” stories of 2017, which include excellent pieces of journalism that showcase the type of reporting Gotham Gazette is known for: in-depth, sharp, interesting, tough, and fair. The entrants on this list are chosen by me, the executive editor, and do not overlap with the ten most-read list, even though some of those stories were certainly among our “best” of the year.

As you may know as a Gotham Gazette reader, we focus a lot of our efforts on some of the less typically exciting aspects of city and state politics and government -- this is part of our mission, which is to hold powerful people and institutions accountable, report on aspects of politics not being covered elsewhere, focus on process, voting, campaign finance, transparency, ethics, and government function.

Gotham Gazette, a publication of nonprofit, nonpartisan Citizens Union Foundation, exists to inform the public, to ensure tough but fair coverage of city and state politics, and to make sure that light is being shone on parts of government that may otherwise operate in darkness. We are there at City Council hearings and candidate forums that too often go uncovered and offer important insights into policy and budgetary decisions, government effectiveness, candidate platforms, elections, and more.

If you’re not a subscriber already, you can sign up for our morning newsletter, The Eye-Opener, here, and receive it each weekday morning at about 7:30 a.m., full of the day’s top news from publications around the city and state, including the latest published by Gotham Gazette.

And, lastly before our "10 Best" list (which is not in any particular order), a reminder that we now have two weekly podcasts: “Max & Murphy on Politics” a partnership with City Limits, and “What’s The [Data] Point?” which we produce with Citizens Budget Commission. You can find both on iTunes and other podcast platforms, or on our website through the Podcasts tab on the main menu.

9. De Blasio Says He Doesn’t Take the Subway More Because New Yorkers Don’t Want Him To, May 2017, by Samar Khurshid and Ben Max

7. With Phase One Going to Trial, Cuomo’s Buffalo Investment Moves Ahead with Broken Reform Promises, December 2017, by Rachel Silberstein

6. The 'Three Men in a Room' and Millions Outside, March 2017, by Rachel Silberstein

Bonus: we’re proud of all of our election coverage from 2017, but especially of our several-part series on Mayor de Blasio’s record, which we published in the lead up to Election Day. Revisit it here:
Dissecting Mayor De Blasio's Record As He Seeks Reelection